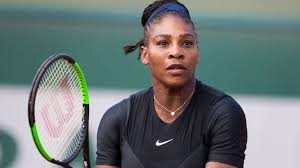 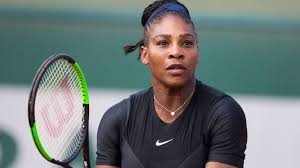 Seven-time Wimbledon champion Serena Williams is the 25th seed for this year’s tournament, despite being outside the top 32 in the rankings.

The 36-year-old American is continuing her return to action after giving birth to her first child in September.

Williams, a 23-time Grand Slam singles winner, has played only three tournaments in the past 12 months and is ranked 183rd in the world.

Slovakia’s world number 32 Dominika Cibulkova has not been seeded.

On Tuesday, Cibulkova said it would not be fair for Williams to be seeded ahead of her.

“I don’t think it’s the right thing to do,” said the 29-year-old. “I think it’s just not fair. I have tried and I should be seeded. If they put her in front of me then I will lose my spot that I am supposed to have.”

Simona Halep is the top seed, with Roger Federer her counterpart in the men’s draw.

Federer is seeded a place higher than his world ranking, with world number one Rafael Nadal the second seed.

With the exception of Williams, all of the women are seeded in line with their WTA ranking.

Williams is seeded one place lower than Maria Sharapova, who she was due to meet in the fourth round of the French Open before pulling out because of injury. Her sister Venus is the ninth seed.

British number ones Johanna Konta and Kyle Edmund – the latter of whom is the world number 18 – are seeded 22nd in their respective draws.

Because of different rules in the two draws, Andy Murray cannot be seeded as he sits outside the top 32 in the rankings.