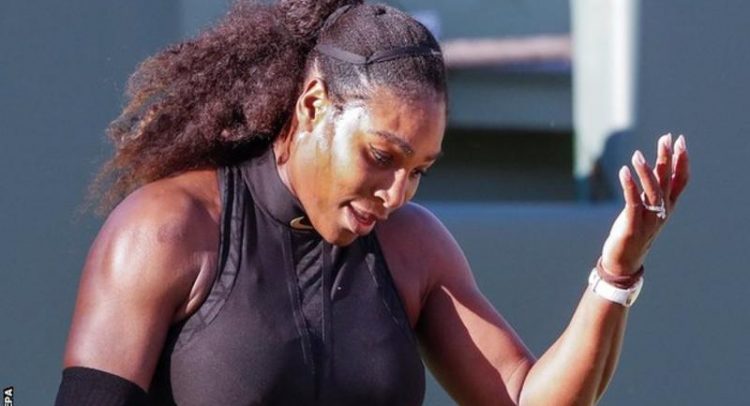 Serena Williams knocked out in first round by Naomi Osaka 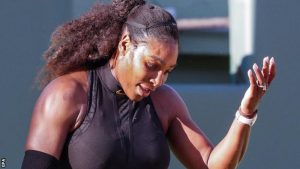 Serena Williams was knocked out of the Miami Open in the first round by Naomi Osaka as the 23-time Grand Slam winner continues her return after pregnancy.

Williams, unseeded after taking 13 months off to have her first child, was beaten 6-3 6-2 by the Japanese, 20.

The American lost serve twice in each set and was unable to break back.

Her defeat comes after the Miami Open director said seeding rules for players coming back after maternity leave were a “punishment” and “should be changed”.

Osaka is herself also unseeded but last week claimed her maiden title at Indian Wells to move up to 22 in the world.

Her powerful serve and relentless returning proved too much for Williams, who was broken at 3-3 and 5-3 in the first set and again at 3-1 in the second.

Osaka clinched victory when Williams sprayed a wide open forehand long, and will now face world number four Elina Svitolina of Ukraine in the second round.

“I was extremely nervous coming on to the court. I don’t know if anybody knows this but Serena is my favourite player,” Osaka said.

“So just playing against her is kind of like a dream for me. I’m very grateful I was able to play her and it is even better that I was able to win.”

Williams, 36, made her return to the WTA Tour at Indian Wells earlier this month, losing to sister Venus in the third round.

She has no official ranking, which means she cannot be seeded for WTA events.

However, she can gain entry to eight tournaments in 12 months – including two Grand Slams – with her protected world number one ranking.