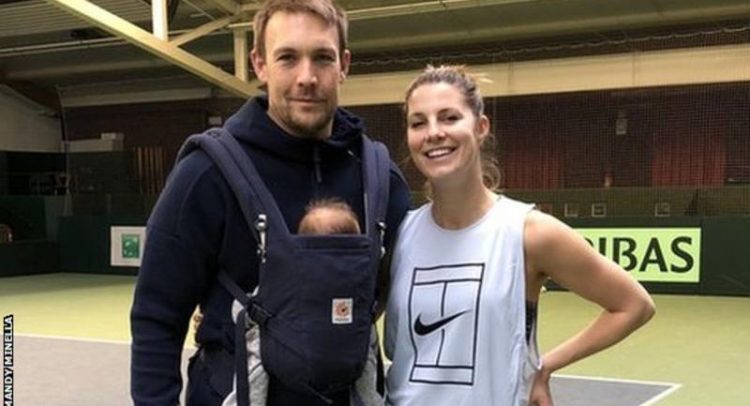 Serena Williams: Mandy Minella on the journey back from childbirth to the court 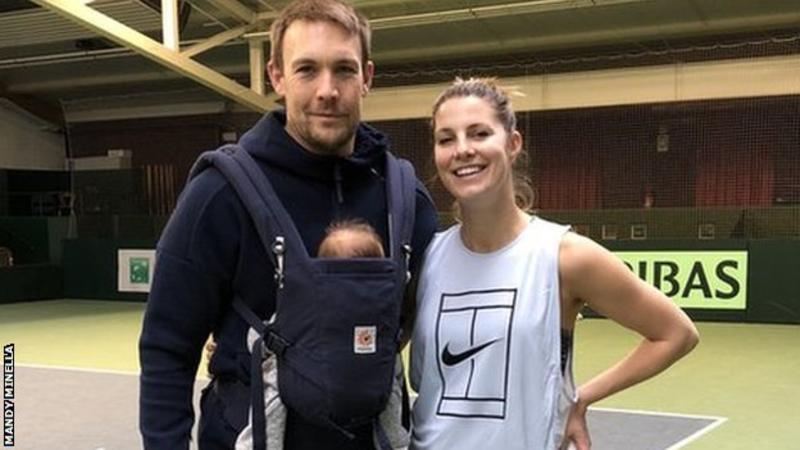 “It was horrible, I couldn’t feel my body at all.”

Mandy Minella returned to professional tennis in February, just 99 days after giving birth to baby Emma. The 32-year-old from Luxembourg has been there, done it, and experienced the muscle soreness.

So as Serena Williams gets ready to make her WTA Tour return at Indian Wells this week – a little under 190 days after the birth of baby Alexis Olympia – what can she learn from former world number 66 Minella’s experiences?

How easy is it to juggle the whirlwind of nappies, feeding and seemingly endless babygro changes with the daily demands of training and competition?

‘I was laughing’ – finding out

Williams’ pregnancy with now-husband Alexis Ohanian was unexpected. “I did a double take and my heart dropped. Like literally it dropped,” she told Vanity Fair.

Such was her surprise, she told Ohanian by simply handing him a paper bag full of positive pregnancy tests on the eve of the Australian Open, having ordered him to fly to Melbourne earlier than planned.

Minella and husband/coach Tim Sommer, likewise, had not planned to become parents just yet. With Minella nearing her career-high ranking, tennis was their sole focus.

“It was a shock, I was laughing by myself in a hotel room in Miami,” she told BBC Sport.

“I was playing well, but I had the privilege of being pregnant so that was more important than anything.

“I presumed I would have to stop playing immediately but I spoke to many doctors and they said it was fine. I continued to play sport throughout my pregnancy and I felt really good.

“Playing was good for my body, the birth, and my recovery afterwards.”

‘She is the love of my life’ – the early weeks

For both women, tennis was initially put on the back-burner – replaced by feeding, burping, nappy changing, bathing, and endlessly rocking their little ones to sleep.

The first few days also had another huge concern for Williams, who has since said she was “lucky to have survived” following six days of health complications which nearly cost her her life.

Things went much more smoothly for Minella, but an immediate return to training? No, thank you.

For six weeks, she did nothing but tend to her newborn. Breastfeeding for the first three months, she was exhausted.

“I set no specific timescale or no rush to come back,” she said. “But I was also concerned that if I waited too long, I would never properly come back.

“I hope I can still play as Emma grows older, but we are taking a lot of photos and we’re going to put together some albums so we can show her later on.”

Williams had a similar mantra, saying she was “just taking it one day at a time”, though she told Vanity Fair more Grand Slam titles are the target. “I don’t think my story is over yet,” she said.

Giving birth is the hardest challenge a woman’s body will ever undertake. You could be left with an empty sack for a tummy, engorged breasts and nether regions that might never look the same again.

So returning to elite level sport must feel like an almost impossible challenge.

Minella first stepped back on court while on holiday in Majorca, six weeks after Emma’s birth.

Williams, 36, was back in the gym in mid-November and first engaged in proper training in December, little over three months after her daughter’s arrival. “A lot goes on to a female’s body after you have a baby,” she said.

Minella was not so naive to expect her form to return straight away, but she does not deny her shock at just how much her body had suffered.

“The feeling of the ball was not there at all. My muscles were not reacting and my whole core was gone,” she said. “It felt as though no muscles or nerves were reacting in my hand or my arm.”

Studies indicate that elite athletes who train during and after pregnancy may see a 5-10% increase in their maximal oxygen consumption in the months after giving birth.

So while the struggle may be real at first, it wasn’t long before Minella was firing on all cylinders once again.

“My body improved quite quick. My muscles remembered what they needed to do and it started to get better,” she said.

‘I have found it harder than I thought’ – back on court

Williams lost an exhibition match in Abu Dhabi at the end of December, 336 days after her previous appearance on court in Melbourne.

Her next outing was alongside sister Venus in a Fed Cup tie against the Netherlands last month. She looked far from her best as they lost their doubles rubber 6-2 6-3.

Though she can gain tournament entry with a protected ranking of world number one, Williams has no official ranking after more than a year off court. The last time that happened to her was in 1997.

Minella was given a protected ranking of 104 while pregnant, and returned to competitive action in February in an ITF tournament in Grenoble.

Just two weeks later, she reached the quarter-finals in Altenkirchen, Germany, and has set her sights on playing at a Grand Slam this summer.

But while life is back to normal on court, it couldn’t be more different off it – but it’s all hands on deck for the Minella-Sommer clan.

“We get two-room hotel rooms with a living room and a bedroom. Tim is around to feed her while I’m playing and his mum helps out too,” Minella said.

“I have found it harder than I thought. I’m a very positive person and presumed things would be manageable.

“If she wakes up during the night before a match, it’s not great because it’s hard to get back to sleep knowing you have to play soon.

“I think about Emma all the time when I’m playing, but I like it because it is relaxing. I’m more calm on court now, my expectations are still high but I’m not so nervous about results anymore.

“Both Serena and I need to find our own way of juggling tennis and our daughters.”

Likewise, Williams is bound to have an army of helping hands with her in California.

Her husband has already demonstrated his support of her with pictures of their daughter posted on billboards on Interstate 10 in Palm Springs.