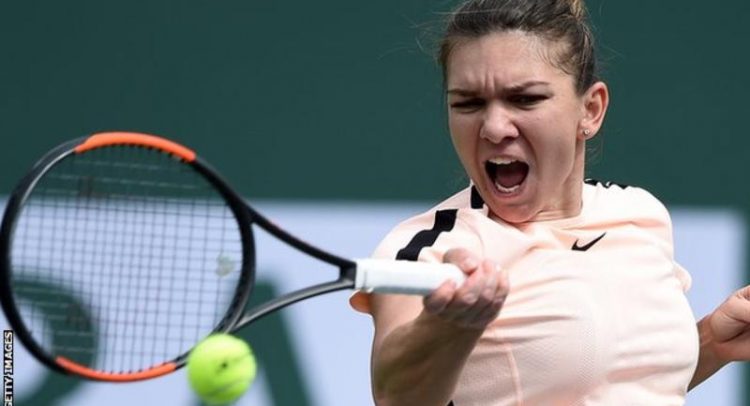 Serena Williams should have been given top seeding at Indian Wells on her return from the birth of her daughter, says world number one Simona Halep.

Williams has no official ranking after spending a year off court, which means she cannot be seeded for WTA events.

However, she can gain entry to eight tournaments in 12 months – including two Grand Slams – with her protected world number one ranking.

Halep said she thought Williams “should have been ranked as she left”.

Speaking after her fourth-round win over China’s Wang Qiang, Halep said: “To give birth is the best thing in the world. It’s more than a sport.

“I think she should have been actually number one seed in this tournament because she left as number one in the world.”

The Romanian was in the stands for the Williams sisters’ third-round match in California, which Venus won 6-3 6-4.

Halep’s coach, Darren Cahill, tweeted during a conversation with former world number one Chris Evert that returning female tennis players “should not be penalised for giving birth by starting from zero.”

Victoria Azarenka made her return to tennis at the Mallorca Open in June 2017 as a wildcard after the birth of her son.

She used her protected ranking to play at Wimbledon in the same year.