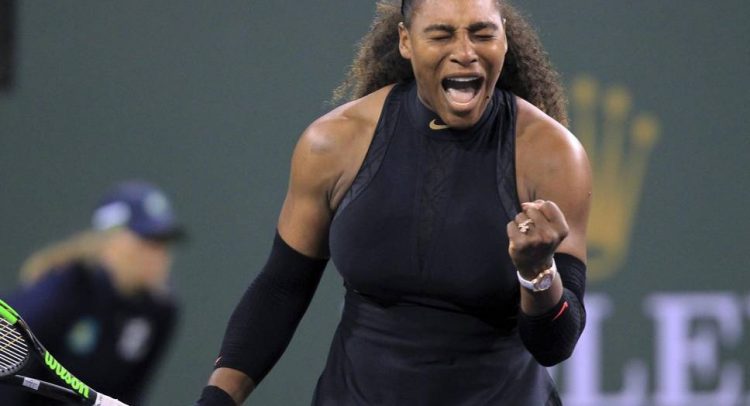 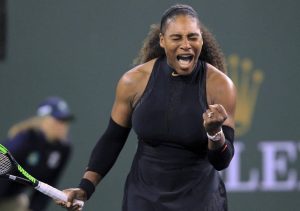 Former world number one Serena Williams won her first singles match on the WTA Tour for nearly 14 months as she returned after the birth of her child.

The American, 36, reached the second round at Indian Wells with a 7-5 6-3 victory over Kazakhstan’s Zarina Diyas.

It was her first singles match on the Tour since she won the 2017 Australian Open while pregnant.

“It definitely wasn’t easy but it was good.”

Williams was given a standing ovation as she walked onto court.

Her husband Alexis Ohanian was in the crowd as she set up a second-round match with 29th-seeded Dutch player Kiki Bertens.

She says post-childbirth health complications – including blood clots in her lungs – were almost fatal.

Williams missed this year’s Australian Open in January because she did not consider herself ready for the tournament.

She played an exhibition match in Abu Dhabi in late December and a doubles rubber for the US Fed Cup team against the Netherlands last month.

Speaking after her win over Diyas, she said: “It was incredible. It’s been over a year and a kid later.

“I’m just out here on this journey doing the best I can.”

Williams did not fluff too many lines on her latest opening night. Given she had not played a competitive singles match for 404 days, this was an impressive return.

Diyas showed plenty of resilience, saving five break points – but crucially not a sixth – in the first set, and twice breaking back when Williams hit the front in the second.

Williams’ serve proved a strong foundation, especially in the first set, and there were some powerful and sweetly struck winners amid some inevitable rust.

The best part of 10,000 people were in Stadium Court 1 to watch Williams’ return. One was her sister Venus, a potential third-round opponent.

Watson beaten by Azarenka in first round

Azarenka, a two-time Australian Open champion, was playing for the first time since Wimbledon last year.

She withdrew from the 2018 Australian Open because of the ongoing custody battle over her 11-month-old son.

The 28-year-old Belarusian encountered few problems on her return against Watson, 25, and said after the match that she only knew she would be able to play in Indian Wells a week ago.

Asked how the past few months had been, Azarenka added: “They weren’t fun.

“I wouldn’t wish that on anybody to go through what I’ve been going through, but it’s part of life and there are blessings in this situation as well for me.

“I’m free but it’s definitely been and still is a really difficult situation to be in and it’s hard to only focus on playing tennis.

“One day I’ll write a book about this, because it’s Hollywood-worthy for sure. But right now I just want to keep it a little bit private.”

Azarenka said she would also compete at the Miami Open, starting on 19 March.

Oil up after sell-offs amid optimism about Trump meeting Kim