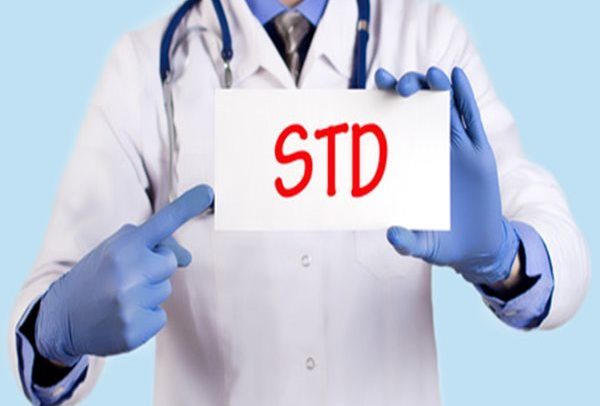 Sexually transmitted diseases are at an all time high. But why? 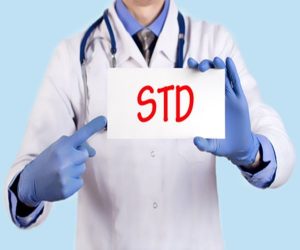 As recently as 2013, one study found, half of patients visiting Sexually Transmitted Disease (STD) clinics were unwilling to use their health insurance to cover the cost of their visit—likely because of privacy concerns, the researchers concluded. In 2016, the United States budget for “Abstinence Only Until Marriage” sex education in schools—which has been shown time and time again to be ineffective in combating both teen pregnancy and sexually transmitted infections—was increased to $85 million per year. The average high school health course includes less than four hours spent talking about all Sexually Transmitted Infections (STIs) and pregnancy prevention combined, and 87 percent allow guardians to exclude their children from even this coursework.

So on the one hand, it’s not surprising to hear that rates of these infections are going up, on average, instead of down. And given the lack of education and discourse on these health issues, it would make sense for many Americans to interpret the findings of the Centers for Disease Control’s annual Sexually Transmitted Disease Surveillance Report as the result of some sort of moral decline. But according to medical professionals, the problem isn’t that people are having more sex—the problem is that sexual healthcare, and the policies that fund it, are in dire shape.

The CDC’s new report focuses on 2016, since that’s the most recent year that the center has complete data for. It also only focuses on the three infections that doctors are required by law to report: chlamydia, gonorrhea, and syphilis. It doesn’t include HIV, one of the most notorious STIs in the country. On average (and across most individual demographic groups), rates of HIV were on the decline as of the last data assessment. The CDC’s new report does not include any data that refutes that, and the increasingly widespread use of drugs to prevent transmission makes it unlikely that HIV rates are going up. Also worth noting: while herpes wasn’t lumped into the 2016 report (as it’s not mandatory for doctors to report a diagnosis), you almost certainly had that before 2016 started anyway.

Rates of chlamydia jumped up by 4.7 percent, with reports increasing in all regions of the country. Rates of gonorrhea, which dropped to an all-time national low in 2009, increased by over 18 percent from 2015. Syphilis hit its own historic low in 2000, but has increased steadily ever since. Rates saw a 17.6 percent increase from 2015 to 2016, rising in both men and women across all regions. Syphilis is most common among men who have sex with men, but infection rates in women rose by nearly 36 percent in 2016—more than double the increase seen in men.

How worried should people be about these infections?

The good news is that all three of the aforementioned infections are bacterial, and they’re generally easy to treat. The bad news is that tricky “generally.”

Antibiotic resistance—the evolution of bacteria to evade the drugs we’ve designed to kill them—is on the rise, and the bacteria that cause STIs are no exception. A recent report by the World Health Organization (looking at data from 77 countries) found that gonorrhea is increasingly resistant to antibiotics. The organization called for new antibiotics to add to our line of defense. Unfortunately, they reported that only three such drugs were in any stage of development at the time. As chlamydia becomes more common, it too will no doubt increasingly evade pharmaceutical interventions. Both chlamydia and gonorrhea are often asymptomatic, but can cause pain and infertility if left untreated.

Syphilis is typically still easy to treat with good old penicillin—though again, increased infection rates offer more chances for the bacteria to develop resistance—but it might actually be the most troubling infection in the CDC’s report. That’s because people aren’t getting treated, and that, in turn, is causing a rise in a potentially fatal fetal condition that simply shouldn’t exist in the age of antibiotics.

Congenital syphilis is a terrible disease. When syphilis goes untreated during pregnancy, miscarriages are incredibly common. And 40 percent of fetuses with syphilis that are carried to term are stillborn or die shortly after birth. Those who survive can suffer from deformed bones, anemia, enlarged livers and spleens, jaundice, meningitis, rashes, blindness, deafness, and other brain and nerve-related problems. 2016 saw 628 cases of congenital syphilis in the U.S., up from 492 in 2015.

The sharp increase in this particular condition gets at the crux of the whole issue: it’s not just that more people are getting STIs. It’s that they’re not getting adequate access to healthcare.

“This is a completely preventable problem,” Gail Bolan, director of CDC’s Division of STD Prevention, told CNN. “Every baby born with syphilis represents a tragic public health system failure. All it takes is a simple STD test and antibiotic treatment to prevent this tragedy from occurring.”