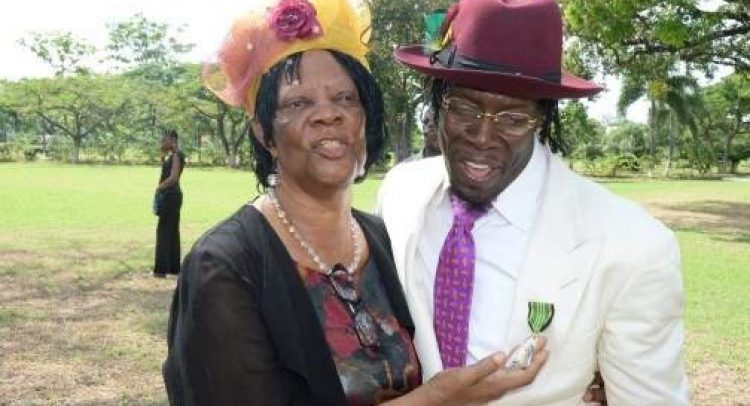 Two-time Grammy-winning deejay Shabba Ranks has requested time to grieve in private as he mourns the loss of his beloved mother, Mama Christie, who died on Tuesday.

The deejay — who now calls New York home — declined the Jamaica Observer’s request for an interview, telling an associate that he preferred to stay quiet at this time and use the period to grieve following the death of the 81-year-old matriarch who was born Constance Christie and came to public prominence in the late 1990s along with her son who never failed to acknowledge her in all his media interviews, both locally and internationally.

In 2016, Shabba Ranks was bestowed with the Order of Distinction, and following the investiture ceremony at King’s House, he shared his feeling at having his mom on hand to witness this honour.

The circumstances which lead to Christie’s passing are still uncertain. However, the death of this popular resident of the Corporate Area community of Seaview Gardens has struck a chord with a number of prominent artistes. Dexta Daps — who paid tribute to her generosity of spirit in his hit track Shabba Madda Pot — took to social media to express his sorrow at her passing, posting a string of crying emojis and noting that he was heartbroken.

“This is not happening,” Dexta Daps posted.

Shabba Ranks with his mom, Mama Christie, at the deejay’s investiture ceremony at King’s House in 2016. (Photo: Observer file)