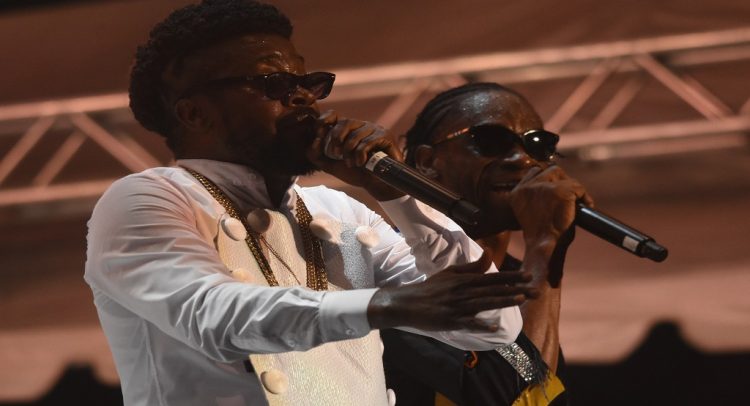 Shaggy makes US visa appeal for Bounty and Beenie

Even as most Jamaicans celebrated the Bounty-Beenie clash as part of the Verzuz series as a bonafide touchstone moment in dancehall history, Grammy-winning artiste Shaggy injected a note of gravitas into all the euphoria, making an appeal to the Holness administration to lobby the US government to reissue work visas of the two icons.

“This was a boost to our spirits, our tourism, our economy, our music, and, most importantly, Brand Jamaica,” Shaggy, whose given name is Orville Burrell, said via a post on Instagram on Sunday.

“It’s about time we rally the powers that be to free up these artistes … allow them travelling visas and work permits so they can travel freely to promote our culture and represent our brand. I am calling on the Jamaican Government, the US ambassador, and the United States Embassy to at least start having a dialogue where this is concerned. The culture needs it, the music needs it, the economy needs it, the country needs it, and the fans need it,” Shaggy wrote.

The cancellation of the entertainers’ US visas has reportedly had a significant impact on their earning power as the United States remains the world’s most lucrative music market.

It’s been a decade since Bounty Killer and Beenie Man had their US visas cancelled. At the time, an email advisory was sent to airlines not to board the artistes as well as three other deejays, as their visas were being revoked. Since that time, at least two of that number have been able to resolve their visa problems and are now able to travel to and work in the United States.

Beenie Man reportedly had his US visitor’s visa restored but currently has no work permit that will allow him to perform in the United States.

The United States Embassy in Kingston has a policy of not explaining why anyone’s visa has been revoked, but a public affairs officer has admitted that Jamaican entertainers have “never” been denied visas or had them taken away over matters such as anti-gay lyrics. Several other dancehall-reggae acts are without a US work permit, among them being Popcaan, Tommy Lee Sparta and Jah Cure.

Politicians on both sides of the political aisle have had their visas revoked as well.