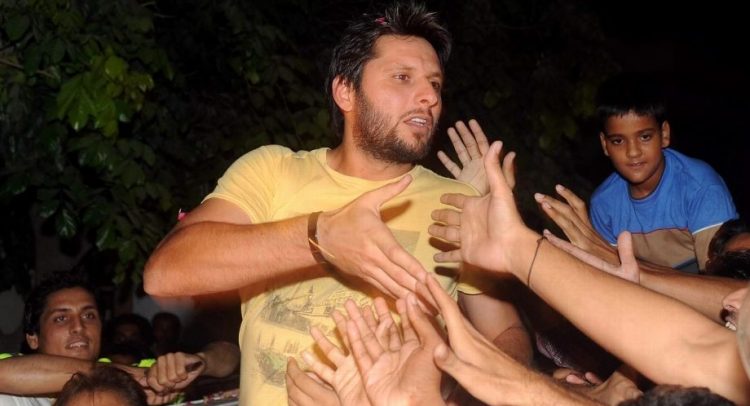 Former Pakistan captain Shahid Afridi has tested positive for Covid-19. Afridi, 40, revealed on Twitter on Saturday that he had been experiencing severe body ache for a few days, and that the tests had come out positive.

Misbah-ul-Haq, Pakistan chief selector and head coach, sent across his best wishes to his former team-mate, suggesting that he had contracted the virus while he was conducting his charitable work.

“I think he was doing a lot of work in the area of Balochistan and the northern areas just to help the people. Throughout the Covid situation he was helping the poor and doing a very good job. Well wishes are with him to get well soon.”

Since the Covid-19 outbreak, Afridi has travelled extensively to remote parts of the country to provide essentials to the underprivileged as part of his charity, the Shahid Afridi Foundation. Baluchistan and Khyber Pakhtunkhwa were broadly the areas of focus for his relief work, and that involved delivering ration from house to house. During the work, Afridi came in close contact with the beneficiaries, who often showed their gratitude by hugging and kissing the former allrounder.

Afridi had earlier also bought the bat put up for auction by Bangladesh’s Mushfiqur Rahim, to raise funds in the fight against the pandemic.

Afridi became the third cricketer from Pakistan, and the second international after former opener Taufeeq Umar, to have contracted the virus. Zafar Sarfraz, the former first-class cricketer who died of the disease, was the first.

Afridi, who quit international cricket in 2017, continues to ply his trade in domestic T20 leagues.

File photo: Shahid Afridi is mobbed by his fans in Karachi (AFP via Getty Images)