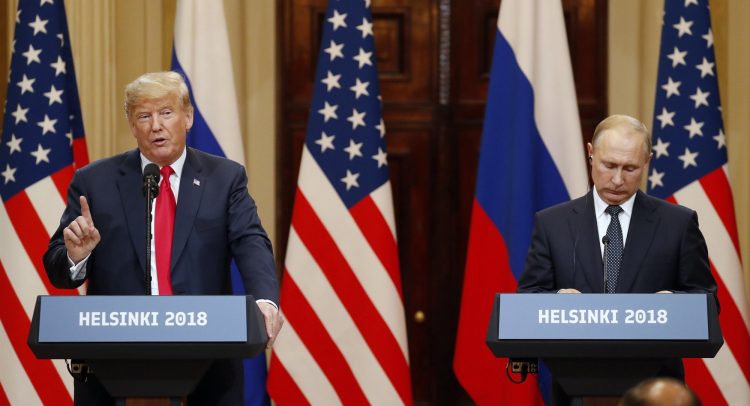 ‘Shameful,’ ‘treasonous,’ ‘disgraceful’: Trump slammed from all sides for news conference with Putin 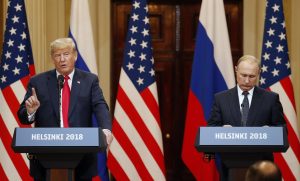 President Donald Trump was swiftly rebuked by lawmakers, TV anchors and pundits across the political spectrum Monday after his joint news conference in Finland with Russian President Vladimir Putin.

Sen. John McCain, R-Ariz., who has criticized the president’s posture toward Russia in the past, called it “one of the most disgraceful performances by an American president in memory.”

The summit, which took place between Trump and Putin at Finland’s presidential palace Monday in Helsinki, was a “tragic mistake,” McCain said. But dismissing the news conference that followed as a “pathetic rout” of a political novice is too generous, he added.

“President Trump proved not only unable, but unwilling to stand up to Putin. He and Putin seemed to be speaking from the same script as the president made a conscious choice to defend a tyrant against the fair questions of a free press, and to grant Putin an uncontested platform to spew propaganda and lies to the world,” McCain said.

“No prior president has ever abased himself more abjectly before a tyrant,” he added.

Former CIA director John Brennan, a Democrat and a frequent Trump critic, called Trump’s performance at the news conference “nothing short of treasonous.”

“I never thought I would see the day when our American President would stand on the stage with the Russian President and place blame on the United States for Russian aggression. This is shameful,” Flake, another frequent critic of the president, said on Twitter.

At the news conference held after the summit, Trump downplayed the assessment of the U.S. intelligence community that Moscow mounted an effort to help him win the presidency in 2016.

“[Putin] just said it’s not Russia,” Trump said. “I will say this: I don’t see any reason why it would be.”

House Speaker Paul Ryan, R-Wisc., who rarely criticizes Trump publicly, contradicted Trump’s equivocations about Moscow’s election meddling and said “the president must appreciate that Russia is not our ally.”

“There is no question that Russia interfered in our election and continues attempts to undermine democracy here and around the world,” Ryan said in a statement.

“There is no moral equivalence between the United States and Russia, which remains hostile to our most basic values and ideals. The United States must be focused on holding Russia accountable and putting an end to its vile attacks on democracy,” Ryan added.

One Million… and more

Curfew for brothers charged with drugs and gun