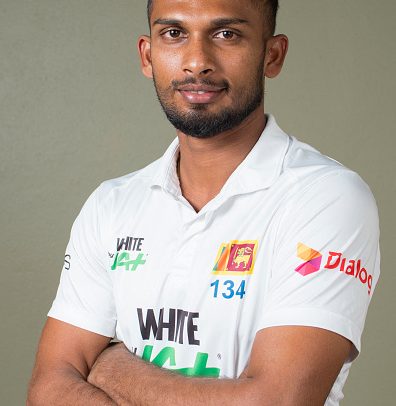 PUNE, India (AP) — Dasun Shanaka held his nerve in the final over as Sri Lanka restricted India to win the second Twenty20 by 16 runs on Thursday.

With 21 runs needed off six balls, Shanaka conceded only four as India was held to 190-8.

Axar Patel smacked 65 off 31 balls to help India recover from 57-5, while Suryakumar Yadav scored 51 off 36 balls.

The three-match series is now level 1-1 after India won the first game in Mumbai by two runs.

The series decider will be played in Rajkot on Saturday.

“The Indian batsmen had enough skill to take the game away from us. But we managed to hold our nerves,” Shanaka said. “The game was set by our openers and it was good to defend (this score) in India.”

Put in to bat, Sri Lanka got off to a good start as Pathum Nissanka (33) and Kusal Mendis put on 80 runs off 50 balls.

Mendis scored 52 off 31 balls, including three fours and four sixes. Patel applied the brakes with 2-24 from four overs.

Pacer Umran Malik then hurt Sri Lanka’s middle order by picking up 3-48 in a fiery four-over spell. He bowled Bhanuka Rajpaksa (2) and Wanindu Hasranga (0), with Charith Asalanka (37) out caught in between.

Thanks to Malik, the visitors were reduced to 138-6 in 16 overs despite a good start.

Shanaka then shone with the bat as he hit two fours and six sixes as India gave away 68 runs in the last four overs.