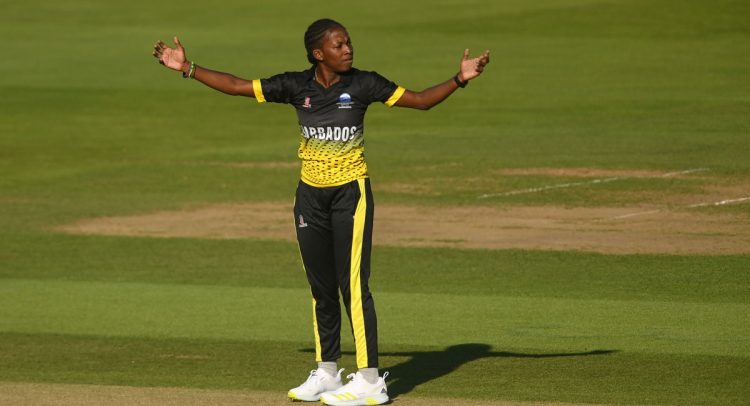 ST JOHN’S, Antigua – The Cricket West Indies (CWI) Selection Panel announced that seam bowler, Shanika Bruce will join the team in South Africa for the upcoming T20 International (T20I) Tri-Nation Series against hosts South Africa and India. She comes in as a replacement for Cherry Ann Fraser who has been ruled out due to injury.

Bruce represented the West Indies Women’s ‘A’ Team in 2021 when Pakistan toured the Caribbean. She has played three T20Is for Barbados at the Commonwealth Games in Birmingham, England last year. The Tri-Series will be played from 19 to 30 January and forms part of the preparations for the ICC Women’s T20 World Cup which will also be played in South Africa.

Lead Selector Ann Browne-John said, “It’s unfortunate that Cherry Ann Fraser has been ruled out of the Tri-Series and ICC Women’s T20 World Cup due to injury. Fraser has shown improvement during the recent series against England and would have provided another fast-bowling option for the skipper. Shanika Bruce will replace Fraser in the Tri-Series squad. Bruce had a successful regional tournament last year and was one of the top bowlers, so as a result we believe she is the right fit for the team at this time.”

Final squads for the ICC Women’s T20 World Cup in South Africa must be submitted by 2 February. The eighth edition of the marquee ICC Women’s event will begin on 10 February with hosts South Africa taking on Sri Lanka. West Indies have been drawn in Group 2 alongside England, India, Pakistan and Ireland.

(all matches to be played at Buffalo Park, East London)