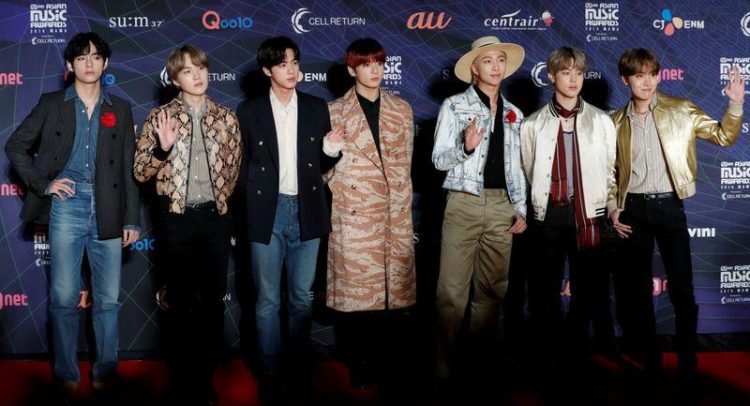 Big Hit, which relies heavily on the boy band for revenue, doubled its initial public offering price to debut at 270,000 won per share, for a 9.6 trillion won valuation. Shares surged by as much as 30% in early trade before dropping back.

Analysts said the closing share price of 258,000 won, still around 90% above the IPO price, should be viewed as a more reasonable price based on fundamentals, rather than a sign of listing failure.

“The closing price is already around analysts’ average target price for 2022, based on estimations of profit increases,” said eBest Investment & Securities analyst Jina An.

Volatility in early trade – Big Hit topped the daily turnover list with 1.94 trillion won worth of stock changing hands – was to be expected for such a large, high-profile listing, she added.

Analysts say Big Hit has proved itself online savvy, using Youtube, social media and online concerts for revenue generation since in-person performances were cancelled because of the coronavirus pandemic.

But concerns continue about Big Hit’s reliance on its star artists, which makes revenue especially vulnerable to any disruptions in output from key talent. BTS, which has a huge global following, accounted for 87.7% of the label’s revenue in the first half of 2020, according to a regulatory filing.

“The industry is booming, but it’s also very cyclical, and undergoes a lot of fluctuations,” said Kim Hyun-yong, analyst at Hyundai Motor Securities, citing potential obstacles such as the country’s mandatory military service.

That service is looming for BTS, with the eldest member of the band currently required to sign up by the end of next year and the remaining six members over the following five years.

Some lawmakers and fans have called for the band to receive an exemption from or postponement of the roughly two-year commitment, arguing they are doing plenty for their country without wearing a soldier’s uniform.

Earlier this week, BTS faced a barrage of criticism in China after the band’s lead member made remarks about the 1950-53 Korean War. BTS-related social media posts of big-name brands, including Samsung, FILA and Hyundai, subsequently disappeared from Chinese e-commerce platforms.

Thursday’s float made the band members instant multimillionaires, with each granted shares worth 17.6 billion won ($15.39 million) at the closing price, but BTS’ official Twitter account did not reference the listing, focusing instead on the group’s win at the coinciding U.S. Billboard Music Awards for Top Social Artist.

“Although offline concerts are impossible for the time being, Big Hit’s results in the first half of this year show that the content and merchandise made profits; it was hardly affected on-year,” said KTB Investment & Securities analyst Nam Hyo-ji.

Big Hit founder and co-CEO Bang Si-hyuk said the company would continue “to research, challenge, discover innovative business models, and apply them to continue to grow in the global market.”

The listing added to heightened IPO activity in South Korea, with volumes rising 51% to $2.9 billion so far this year, compared with the same period last year, according to Refinitiv data.