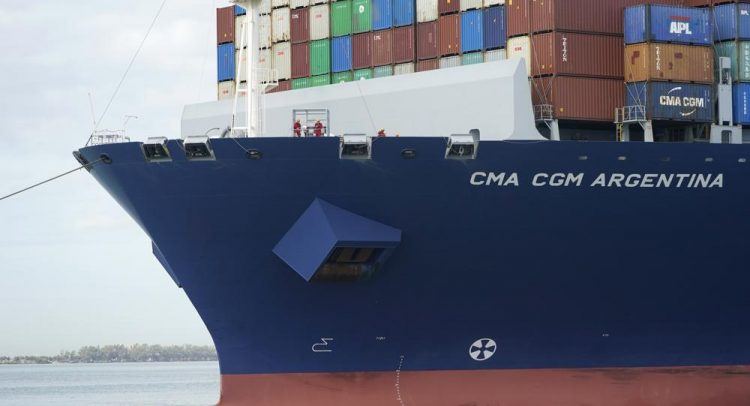 Shipping snags prompt US firms to mull retreat from China

He had no idea.

In a twist that Poses never could have predicted, his game itself would become caught up in the latest fallout from the health crisis: a backlogged global supply chain that means shipping delays and rocketing freight costs.

Worst-Case Scenario, produced in China, was supposed to reach U.S. retailer Target’s distribution centers in early June. Instead, the games were stuck for weeks at the Port of Seattle and didn’t arrive until mid-July.

“You do everything right,″ said Poses, who started his Miami Beach, Florida-based toy company All Things Equal in 1997. “You produce on time. You’re psyched about your product.”

And then … unforeseeable disaster.

Like other importers, Poses is contending with a perfect storm of supply trouble — rising prices, overwhelmed ports, a shortage of ships, trains, trucks — that will likely into 2022. Now he is reconsidering a decision he made five years ago: to shift production out of the United States to China. It might make sense, he thinks, to bring production back — at least to Mexico, if not the United States — to protect him from the risks of relying on factories an ocean away in China.

“I’m willing to make smaller margins,” he said, “if it means less anxiety.”

Other American companies are making similar calculations: 52% of the U.S. manufacturing executives surveyed by the consulting firm Kearney said they have started buying more supplies in the United States in response to COVID-related supply disruptions; 41% specifically said they wanted to cut their dependence on China.

Companies are also worried about becoming caught in the crossfire of a trade war between the United States and China.

For decades, companies have piled up profits by moving manufacturing to China and other low-wage countries. They have also held down costs by keeping inventories to a minimum.

But relying on distant factories and keeping stockpiles threadbare is risky.

As countries locked down and families took refuge at home in February and March last year, companies slashed inventories and canceled orders. And the economy did, in fact, collapse: In the United States, it imploded at a record 31.2% annual rate from April through June 2020.

Then something unexpected happened.

“What nobody knew was that when you send everybody home, the first thing we all do is shop” online, said Lewis Black, CEO of Almonty Industries, which mines the rare metal tungsten. “You had, on one hand, inventories being run down and manufacturing ground to a halt, and on the other, people were spending like crazy.’’

Fueled by pent-up consumer demand, growth roared back. The U.S. economy expanded at a stunning clip — a record annual rate of 33.8% from July through September 2020 — and kept chugging along.

Suddenly, companies were overwhelmed with orders they couldn’t fill.

The collision of surging demand and reduced supply sent raw materials prices soaring. Oil prices are up 70% over the past year, aluminum 55%. The Baltic Dry Index, which measures shipping costs, has rocketed more than 700% since mid-May 2020.

Getting products onto container ships was hard and expensive. Then ports struggled to process incoming cargo.

The resulting supply chain breakdown is paralyzing many businesses.

Companies that resisted moving production overseas now enjoy an advantage. They don’t have to wait for their products to cross the ocean — or figure out whether they can pass along to customers the import taxes that hit them at the U.S. border.

Make-A-Fort in Wichita, Kansas, is one of the fortunate — or visionary — ones. Co-founder Kent Johnson decided to make his company’s products — easy-to-assemble cardboard fortresses to play in — in the United States. He didn’t like the long lead times required for manufacturing overseas. He wanted more control over the quality of the product and wanted to be able visit the assembly lines regularly.

And he wanted to keep jobs in America.

“We started out doing it at a disadvantage,” he said. “We just got a little bit lucky.″

But leaving China isn’t easy. Costs there remain low. And specialized suppliers cluster in Chinese manufacturing centers, making it easy for factories to get parts when they need them.

Still, growing awareness of the risks of depending on supplies that must cross a vast ocean — especially at a time of U.S.-China tensions — is making U.S. companies look for alternatives closer to home. After all, major supply chain disruptions are becoming more common.

’’Although COVID feels like such a black swan — and it is — disruptions in supply chains have been increasing in severity and frequency,” said Katy George, a partner at the consultancy McKinsey & Co.

Once rare, supply chain disruptions that last a month or more are now occurring every 3.7 years, McKinsey found. Disruptions that last 100 days — something that happens every five to seven years — could devour a year’s worth of earnings in some industries.

In this April 6, 2021 photo, crew members stand on the bow as the CMA CGM Argentina arrives at PortMiami, the largest container ship to call at a Florida port in Miami. Importers are contending with a perfect storm of supply trouble — rising prices, overwhelmed ports, a shortage of ships, trains, trucks — that is expected to last into 2022. (AP Photo/Lynne Sladky)