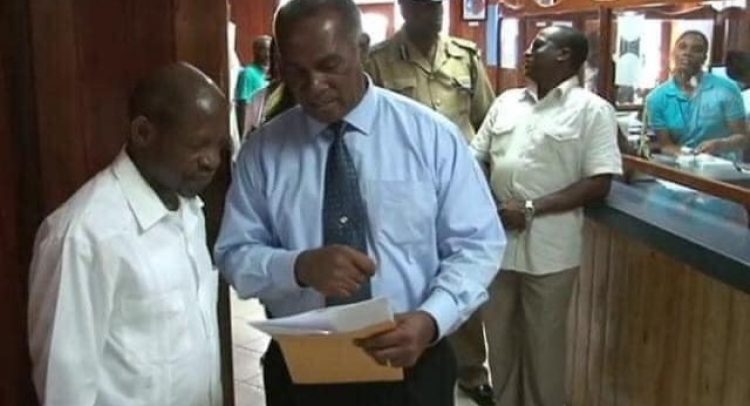 It was with great shock that I learned of the death of the Honorable Vance Winkworth Amory, former Premier of Nevis, founder of the Concerned Citizens Movement of Nevis, Ambassador, Banker, Cricketer, Educator, Husband, Father.

Premier Amory served as Premier of Nevis from 1992 until 2006, and then from 2013 to 2017. Born in Rawlins Village, he spent his life in the land of his birth – apart from brief sojourns abroad, to advance his studies at the University of the West Indies and the University of the Virgin Islands.

At the tender age of 28, he became the youngest headmaster of the Charlestown Secondary School.

He headed the Charlestown branch of the St. Kitts-Nevis-Anguilla National Bank, after which he became Permanent Secretary in the Ministry of Finance under the premiership of the Rt Excellent Sir Simeon Daniel.

He was, as we all know, an avid fan of the game of cricket and, indeed, excelled at the sport, playing for the Combined Islands and the Leeward Islands, and eventually serving as Minister of Sports in the Nevis Island Administration.

On behalf of the St. Kitts-Nevis Labour Party members of Parliament and on my own behalf, I extend to Mrs. Amory & Family, and all relatives and friends of the late Vance Winkworth Amory, my sincere condolences.

May the words and gestures of support in the days ahead provide the comfort that, at this time, will be so urgently needed, and may the late Vance Winkworth Amory, former Premier of Nevis, rest in eternal peace.