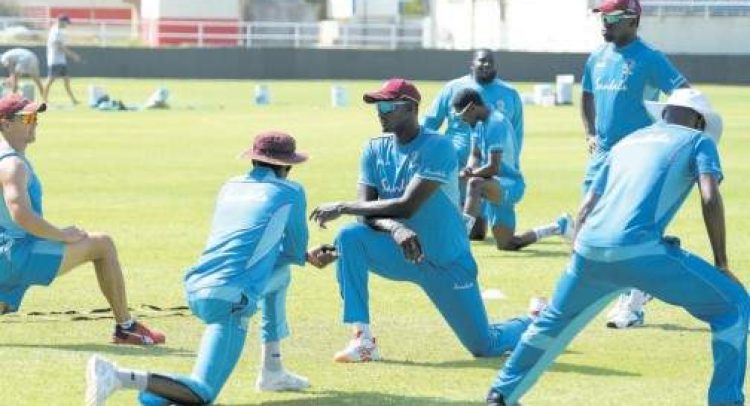 PORT OF SPAIN, Trinidad (CMC) — West Indies head coach Phil Simmons has identified fitness as a key component during the ongoing lockdown due to the COVID-19 pandemic, and is hopeful the Test squad will be at an acceptable standard of readiness if the proposed tour of England goes ahead.

According to Simmons, players had been undergoing fitness regimes – mostly at home – over the last month, and some had even stepped up outdoor preparation as their respective territories had eased curfew restrictions.

“For the past four weeks or a little bit more than that, guys have been given different programmes and have been asked to even though they are locked away – because some territories had locked down very early – [to] find a room in their house or in their backyard to do work and keep themselves at a certain level of fitness,” the former West Indies player told i95FM Sport here.

“As places have opened up, guys have been in some places been able to run on the beach and in other places go run outside but the training itself has been stepped up.

“And even now it [Caribbean] has opened up a little more, you have a few guys who can go out and bowl on a pitch somewhere just to get their rhythm back so that’s how you have to progress.”

He continued: “I don’t think that at this stage there are enough facilities open where you can go and practice but they’re a few grounds where bowlers themselves can go and bowl.

“There are no batsmen, only spot bowling, and we hope that this develops and develops and by the time if the tour comes off and we’re ready to leave, everybody would’ve done something at home.”

While the tour is yet to be confirmed, Cricket West Indies chief executive said recently negotiations were at an advanced stage and he was “increasingly confident” the three-Test series would be played in July.

If the matches come off, they will be played under strict social distancing and medical protocols, and at venues considered “bio-secure” facilities.

Further, arriving players will be subjected to a two-week quarantine before moving to secure stadia where they will have no contact with the public.

And even though matches will also be played without spectators present, the England-based Simmons believes there will be high pubic anticipation surrounding the series.

“I think a lot of sport for a while is going to go ahead in front closed doors and I think the expectancy here is high because I think people want some kind of sport to go on,” he explained.

“Sport is a part of life in England and even in the [football] Premiership, there’s a lot of talk about if it’s going to start back soon or not. But people are looking forward to sport coming back because the one thing that you’re missing here on the TV every day is [live sport].

“There’s a lot of old games being shown and people are enjoying that but they’re looking forward to live sport so there’s a lot of hope it happens but that depends on how things are put together.”

The series will be the first international tour undertaken since world cricket was abruptly halted nearly three months ago due to the outbreak of the virus which has already caused nearly 5½ million infections and 345,000 deaths globally.

And despite the challenges facing the tour, Simmons said he was hopeful it could be played.

“I’m hopeful it can happen but knowing the only way it can happen is if it’s properly safe for all the participants on both teams – players, coaches, umpires, commentators,” he stressed.

“Everybody has to be safe and I think that’s the first thing they’re trying to make sure and that’s everyone is safe.”