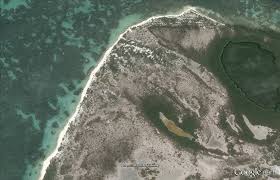 Sink or swim? Islands innovate to thrive in a high-stress world When the Caribbean island of Barbuda was battered by Hurricane Irma last September, about 90 percent of homes were destroyed or damaged, and the entire population had to be evacuated. Since the school year ended last month, the pace of families returning from neighboring Antigua – where many lodged with relatives or in state-run centers – has picked up, even though reconstruction is unfinished, the Red Cross said.

Almost half of Barbuda’s roughly 1,800 people have gone back, as the cash-strapped, twin-island nation works on ways to protect people from future disasters while waiting for promised aid funds to rebuild homes – which could take years.

In the face of serious and growing threats, experts detect a sea change in many of the world’s 57 small island states and other remote island economies that share development challenges.

They are finding innovative alternatives to lurching from one crisis to the next – whether the problem is extreme weather, mass tourism, plastic waste, water shortages or migration.

Barbuda, aware it will take time to get back on its feet even as this year’s hurricane season began in June, aims to stay safer in future – like many of its Caribbean neighbors.  Brennan Banks, Red Cross operations manager for the Irma response, said the aid agency plans to build a new office on Barbuda that can double up as an emergency shelter.

It is also offering free first-aid training to locals and fixing up rainwater-collection systems, while working with the government to improve early warning on the two islands.  Such solutions – often developed at least partly with islands themselves – are already improving lives, and protecting communities and environments on a small scale.

But their fledging efforts need far more funding to make a difference – and lessons learned in these living laboratories must be shared widely, say officials and resilience experts.Hugh Riley, secretary-general of the Caribbean Tourism Organization, believes the region is better prepared for this year’s hurricane season, even if it is still vulnerable.

Recent improvements include better government coordination, communications systems that work more smoothly, and faster evacuation plans, he said.  According to a June report from the World Bank, building back from a disaster stronger, faster and in a way that includes everybody can yield major dividends for small island nations.

Doing so would reduce losses in people’s wellbeing by an average 59 percent across a sample of 17 island states, it said, compared with 31 percent for all 149 countries in the study.

For Antigua and Barbuda, the reduction would be as large as 78 percent.

Co-author Stephane Hallegatte said the benefits of reconstruction that also protects against future disasters are comparatively large for small islands because they face a high level of risk and exposure to storms and other natural threats.

Many tend to have low-quality housing unable to resist even moderate hazards, the World Bank economist noted.

Those can be as simple as giving local people who repair their own homes tougher roofing materials, and teaching them how to attach the roof more firmly so it stays on in high winds.

When the British Virgin Islands were blasted by Hurricane Irma in September, more than a third of the territory’s 7,000 homes were destroyed or sustained major damage, authorities say.

Construction workers have flocked in from all corners of the Caribbean, working marathon shifts to rebuild.

But materials – from windows to plywood and galvanized roofing – are only arriving in dribs and drabs from Puerto Rico and the U.S. mainland, with delays of up to three months.

The government is working on a new building code tailored to more extreme weather, and has set up a $15-million assistance program to help lagging residents build back.  Yet some in the relatively affluent British overseas territory, which has a population of just 32,000, are falling through the cracks.

One way to cut long waits for financial help after a disaster is to use social welfare systems to channel cash to recipients, said the World Bank’s Hallegatte.  After top-strength Cyclone Winston hit Fiji in February 2016, the government used its three main social assistance programs to deliver top-up payments, equivalent to three months of regular benefit, to help residents recover. But many small island states have “very little” in terms of social welfare, Hallegatte noted.

Disasters can trigger the establishment of such schemes, however, and the World Bank is now seeing greater government interest, he said.

Resilience advisor Stewart Sarkozy-Banoczy said helping islands withstand the pressures they face requires a broad view, encompassing everything from nature and culture, to economics and the law.

The Island Resilience Initiative he leads is working with Palau, the Marshall Islands and Fiji in the Pacific to track their progress toward the global development goals agreed by the 193 U.N. members in 2015, and decide on priority projects.

The aim is to pave the way to an approach “much more angled on resilience and ‘precovery’ rather than constantly talking about recovery” after disasters, said Sarkozy-Banoczy.

In the British Virgin Islands resort of Cane Garden Bay, the onslaught of Hurricane Irma made residents realize rapid development to cater for mass tourists disgorged by cruise ships had damaged their natural defenses, putting them in harm’s way.

They have since formed a volunteer committee to restore coral reefs, wetlands, mangroves and ponds that trap rainfall running off hillsides, to protect the village from future floods and storms and preserve its natural beauty.

Guptill ready for fresh challenge with the Tridents