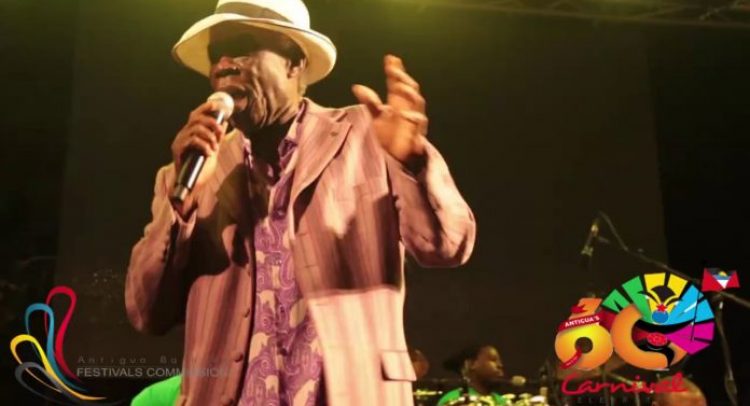 Sir King Swallow To Be Honored During Caribbean Heritage Month

As part of Caribbean American Heritage Month which is celebrated during the month of June, the Antigua and Barbuda Association United (ABAU) will launch the inaugural ABAU Caribbean-American Legacy Award. This prestigious community designation recognizes contributions of cultural ambassadors who help to “Transport our Culture Beyond Borders.”

This year’s Caribbean-American Legacy Award will be presented to Sir Rupert Philo – King Swallow, on Thursday June 25, 2020 from 6 PM – 9 PM.

Amid restrictions imposed during the global pandemic, the ABAU will utilize modern communication technology to connect nationals and calypso enthusiasts at home and in the Diaspora, to celebrate Antigua and Barbuda’s rich culture.

Staged under the theme ‘Zoom and Soca with Sir King Swallow,’ this on-line tribute will highlight Philo’s illustrious career as a pioneer, performer, Caribbean icon and cultural ambassador and will recognize his achievements and contributions to the calypso art form and Caribbean unity. Throughout the Programme guests will be taken on a trip down memory lane, to reminisce about the era when King Swallow dominated the local, regional and international calypso scene. For many years, Swallow was also one of the most sought after performers during the West Indian Day parade in Brooklyn, NY.

“We are very proud to celebrate Sir King Swallow and his many accomplishments in bringing the Caribbean together. For many years, he used his music to promote the rich culture and heritage of the Caribbean throughout the world. By raising the flag of Antigua and Barbuda, he has led the way by elevating our level of consciousness and patriotism, thereby motivating nationals around the world to come together to pool our skills, knowledge and innovation, to enhance many aspects of our community,” said Andy Howell, ABAU President.

Rupert Philo began competing in the calypso art form when still a youth in 1961. His very first hit, entitled Raphael Trujillo, recalled the story of a dictator of the Dominican Republic, whose maltreatment of migrant workers from Antigua and Barbuda was re-told upon their return home. By capturing their story in song, Swallow has immortalized the phenomenon of the Antiguan and Barbudan migrant worker, while showing disdain for Latin dictators.

The on-line showcase will be staged at Julee’s night spot and will feature live tributes and performances from many legends within the calypso fraternity including: King Short Shirt, King Obstinate, Lion and Latumba. A line-up of talented DJs will take viewers on an exciting musical journey, featuring some of King Swallow’s greatest hits. A number of government officials and community leaders will also pay homage to the King of Soca.

This musical showcase is being produced by renowned Antiguan and Barbudan promoter in the United States, Mr. Edmond Brookes of Three Amigos, in conjunction with local promoter Super Diamond. The event is expected to capture the attention of local, regional and international fans and calypso enthusiasts..

About the Antigua and Barbuda Associations United (ABAU)

After apology to PM for WhatsApp comment: Faria offers resignation