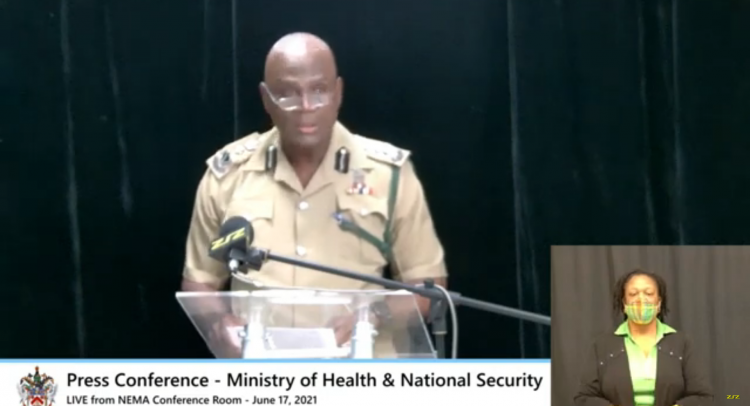 Ladies and gentlemen, the management of Her Majesty’s Prison (HMP) has worked hard to protect the health of our staff and the residents since the announcement of the first confirmed case of COVID-19 in the Federation in March 2020.

According to the World Health Organisation (WHO), people in prisons and other places of detention are likely to be more vulnerable to the COVID-19 outbreak than the general population because of the confined conditions in which they live together for prolonged periods of time. It was with this risk factor in mind that we implemented a number of measures to safeguard the health of prison personnel and residents early on, which included:

We were successfully able to prevent the introduction of the virus into the prison for just over one year and two months. However, Her Majesty’s Prison recorded its first confirmed case last week on June 10, after the return of a resident’s test result. The following day, the test results for two (2) members of staff were positive as well. Authorities in the Ministry of Health have been testing both personnel and residents. A mass testing exercise was conducted on Tuesday, June 15, when members of the National COVID-19 Task Force and representatives from the Ministry of Health visited the Prison. While testing has not yet been completed, more than half of the staff and just about half of the residents have been swabbed.

As of today, June 17, 2021, a total of thirty-seven (37) residents and two (2) members of staff had positive results returned for COVID-19. Please note that only the male block of the Prison has been affected. Other staff members who had been identified, placed in quarantine and tested, thankfully, had their results returned negative so far.

As a result of this, we moved swiftly to implement measures to protect the health of personnel and residents. I want to assure the public that we are doing everything we can to safeguard the health of all concerned. My management team and I have been working closely with the National COVID-19 Task Force and have been receiving advice from the Chief Medical Officer in the Ministry of Health on the steps to take to contain the situation.

An isolation area has been established inside the prison where affected residents have been placed and we are currently identifying additional spaces to house those who need to be removed from the general population to prevent further spread of the virus and to facilitate their full recovery. All the cells in which the affected residents were previously housed have been professionally sanitised. At the moment, no items are being accepted into the Prison for residents.

The affected persons are all in a stable condition. The residents in isolation are receiving good care and we have upgraded their intake of supplements. The prison doctor makes regular checks on them and any other inmate who has health-related complaints. I would provide the doctor with regular updates as well.

The St. Kitts and Nevis Prison is the last prison in the region to be infected with COVID-19. So we have tried our best to keep it out, but we knew this would have happened eventually. Despite the challenges, we continue to do what we can to protect the health of the residents and staff.