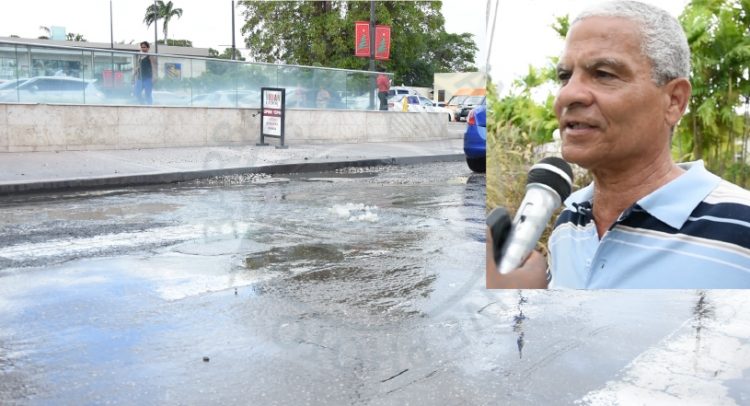 Residents and business owner on the south coast say Government’s promised medium term strategies to address the long running sewage crisis could be too little, too late.

Minister of Water Resource Management Dr David Estwick said last Saturday that there would be relief from the long running sewage crisis in the next three to six months.

That was days after Barbados Water Authority (BWA) General Manager Keithroy Halliday had told Barbados TODAY the interim measures implemented by the water company to control the problem had failed and 300-foot wells would be dug as a matter of urgency.

Those who have endured the nightmare of raw sewage for well over a year said a three to six-month wait for relief was not good enough.

“By the time this thing fix the problem would be all over the south coast and the damage would be too much for us to recover from,” said one proprietor who did not want to be identified, but who revealed that she owned accommodations in St Lawrence Gap and Hastings.

“When trucks was up and down through here two Sundays ago the situation did not really look good. It really did not look good and my guests were asking what was going on. It hasn’t acted up since, but right now we are worried that it is going to act back up again,” she added in reference to a situation two weeks ago when businesses at St Lawrence Gap were thrown into a panic as septic trucks from the BWA and some from private contractors had to work through the evening to pump off wells, which had begun to leak through their covers.

In Hastings, Worthing, St Lawrence Gap and Maxwell, people who were previously unaffected by the effluence spills are reporting that some sewer caps in their area have begun to act up.

In Worthing, sewage has begun pooling on the compound of the Silver Fox arcade in the last week, forcing the owners to place sandbags to contain the foul smelling water. The arcade is the latest in a long line of businesses on that stretch of road to have been plagued with backflow of sewage onto their properties.

In the last three days, guests at the Silver Beach apartments were force to evacuate their holiday accommodation as sewage swamped the premises, while Worthing Post Office, which Government said would have been reopened at the beginning of this month after being shut for the last three months, remained closed this morning as the sewer caps in front of the building have been flowing with increasing ferocity for the last three weeks.

One bar owner told Barbados TODAY that should the problem flare up again in St Lawrence Gap with any degree of frequency, “the country might as well kiss the rest of the tourist season goodbye”.

Meanwhile the owner of Christina’s Spa in Worthing said she has been losing customers because of the stench and the mosquitoes that plague her business as a result of sewage pooled at the back the building.

“I won’t survive six months. As a matter of fact my skin is breaking out with rashes quite often and a lot of my customers are not coming back,” said the massage therapist, who preferred to be identified by her company’s name.

Speaking at a press conference at his ministry’s headquarters in Graeme Hall, Christ Church on Saturday, Estwick revealed that it was costing Government $18,000 per day to pump off overflows.

He also said Government had given the go-ahead to fast track the medium-term strategy of digging several injection wells to divert the waste, even as he maintained that there was little that could be done, other than the scheduled pumping of the compromised manholes, to minimize the overflows, which have been a feature of some streets in Worthing and Hastings since 2016.

This morning, community activist Adrian Donovan told Barbados TODAY that at the rate that new sewer caps were being breached, the cost of removing the sewage was bound to get out of control.

“The problem is really bad and business people I am talking to are really worried. That is why we having a town hall meeting to discuss all these things tomorrow. The problem is getting worse,” Donovan said.