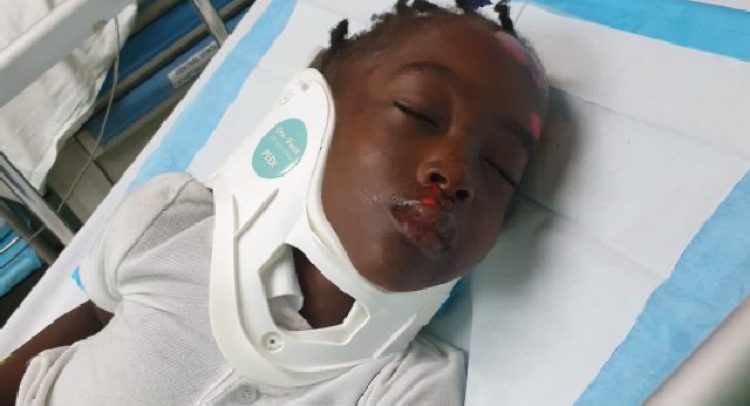 While they continue their investigations, they have, however, revealed that the accident involved motor van TA 192 which is owned by James Gardiner of Parson’s Village, but was being driven by Keanu Gardiner, also of Parson’s Village.

The circumstances are that Gardiner was traveling along the Island Main Road in Dieppe Bay, heading to St. Paul’s, and when he got in the vicinity of the Dieppe Bay Lawn, he collided with the six year old, who is a resident of Dieppe Bay.

The child was, at the time, crossing the street in front of a stationary omnibus from the mountain side to the seaside of the road, said police.

She sustained bruises and swelling to her face and legs and was transported to the JNF General Hospital by the Emergency Medical Service via ambulance.

She is currently warded in a stable condition at the hospital.

Investigations into the matter are ongoing, promised the police.

Main Photo: The six year old involved in the accident