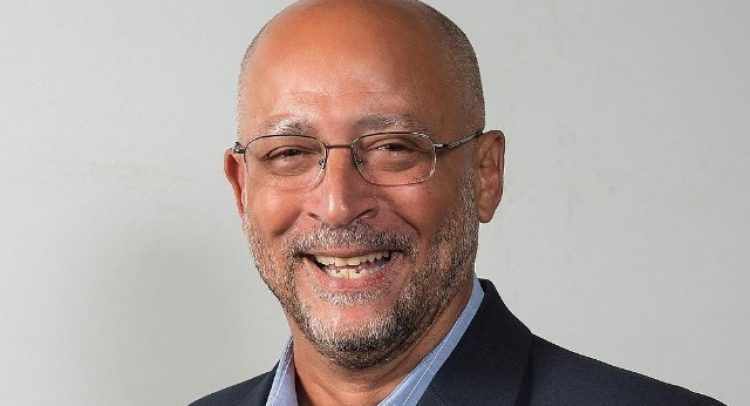 Basseterre, 26th February, 2021, (MyVue News.com)-The two year term for the current president of Cricket West Indies, (CWI), Richard ‘Ricky’ Skerritt, of St. Kitts & Nevis, is due to come to an end next month, and already regional cricket officials have started to jockey for the top positions.

However, Skerritt has already received confirmation of support from the Leeward Islands Cricket Association and the Trinidad & Tobago Cricket Board, which have nominated and seconded his candidacy for a second term.

But a veteran CWI Director from Guyana, Anand Sanasie, has disclosed that he will be challenging Skerritt for the position when elections are held on 28th March, 2021. Sanasie is also the current Secretary of the Guyana Cricket Board.

Running as his Vice President will be Calvin Hope of Barbados. The Barbados association has nominated the duo for the poll.

Sanasie has been quoted in the media in Guyana as saying that the time had arrived for “professional, visionary and astute policy making” in leadership and a departure from the politics of the past.

This is not much different to the overall platform on which SKerritt and his team ran two years ago, promising to make significant changes, especially in terms of good governance and the general attitude to relations with players.

Sanasie said he is being encouraged by other directors and some stakeholders to mount the challenge.

Skerritt seems unperturbed however about the expected challenge, and while speaking on regional radio this week, he said, “I am certainly not interested in manipulating any board policy or any board situation to prevent anybody from running for West Indies president. People should have the right, especially if they are nominated properly, to compete and I have no fear of anybody personally because Cricket West Indies will prevail long after I have gone or anybody else is gone.”

He said that what is important is that “we have proper governance taking place at the local level and that cricket is not in disrepair and confusion and that the people in office are legitimately elected and can engage in bona fide good practices on behalf of cricket,” he said.

Some have seen that last comment as a ‘classy’ swipe at the current problems in Guyana between the local association and the government, with efforts that some say are again designed by the government to interfere in the affairs of the Guyana Cricket Board.

Elections for the Guyana Board were scheduled for 12:00pm today Friday, but there have been reports emerging that attempts were being made by the government to stop the elections.

From the reports coming out of Guyana, there has been a major effort by government sources to lobby the voting counties who are eligible to vote, to try to stop the poll.

Former prime minister not taking the vaccine just yet