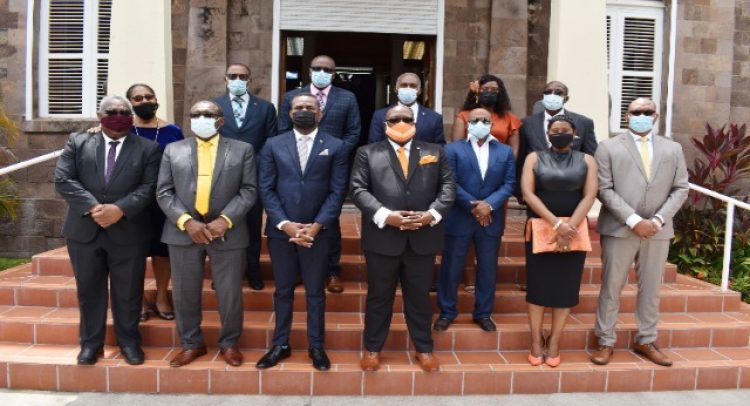 In better place 1 year after- says PM at anniversary service

It was on Friday, 4th June 2020, when the coalition team of PAM, CCM, and PLP, swept to power for a second term, again defeating the St. Kitts-Nevis Labour Party, on St. Kitts, which had itself, forged a loose alliance with the Charlestown-based Nevis Reformation Party.

Returning for his second stint as Prime Minister, was Dr. Timothy Harris, who used the service on Sunday to highlight some of the challenges faced in the past 12 months, and to offer thanks to God for His protection. The main challenge, he said, was the battle with COVID-19.

Though the country suffered some setbacks, with the closure of businesses and the redundancy of some employees, Harris said his administration was able to cater to the needs of many in vulnerable groups.

Despite the hard blow received by COVID-19, Prime Minister Harris said that they were still able to keep all civil servants, pensioners, and others, on the payroll. Over 6,000 people continued receiving their paychecks, said Harris, who is also the Minister of Finance.

One year on, the Prime Minister was of the view that economic life is steadily returning, with many businesses resuming full-time operations.

The church service, which was carried live on the government-owned media, was administered by Rev Veronica Williams-Gumbs who acknowledged the government for its decision to select Wesley, as their place of worship to commemorate the anniversary.

Most of the members of the Cabinet attended the service, along with other government officials and dignitaries.

Featured Photo: Members of Cabinet and others, after church service