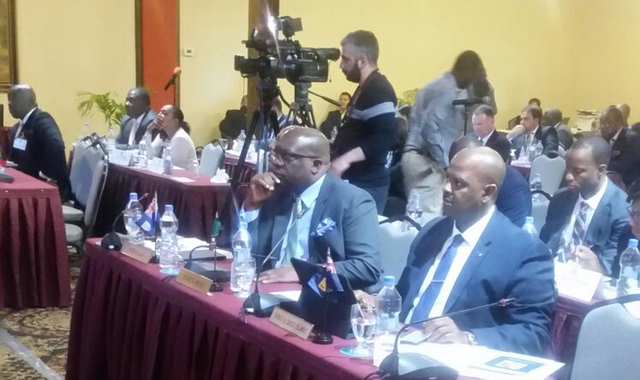 The ICT summit was hosted by the Government of Antigua and Barbuda and the Caribbean Telecommunications Union (CTU), in collaboration with the Caribbean Centre for Development Administration (CARICAD).

The summit attracted high level delegations from across the Caribbean, as Caribbean countries have begun to accelerate their ICT developmental processes.

In a recent CTU document, a strong appeal was made to Caribbean governments to significantly adopt ICTs that will serve citizens in a seamless, open, interactive and efficient manner.

While the St. Kitts and Nevis Government has been implementing ICT focused services, officials have indicated that more will be done to achieve the level of efficiency that is required.

In recent times, several ICT services have been implemented, including the hospital based electronic information system, as well as several mobile apps that citizens and residents can use.

The federation also has been presented awards for its ICT developments including an award presented at the 14th World Telecommunication/ICT Indicators Symposium for outstanding improvements in ICT development in 2016.

In 2017, St. Kitts and Nevis was ranked 37th out of 176 countries, coming in second in the Caribbean, behind Barbados that was ranked at #34. In third position was The Bahamas with a ranking of 57.