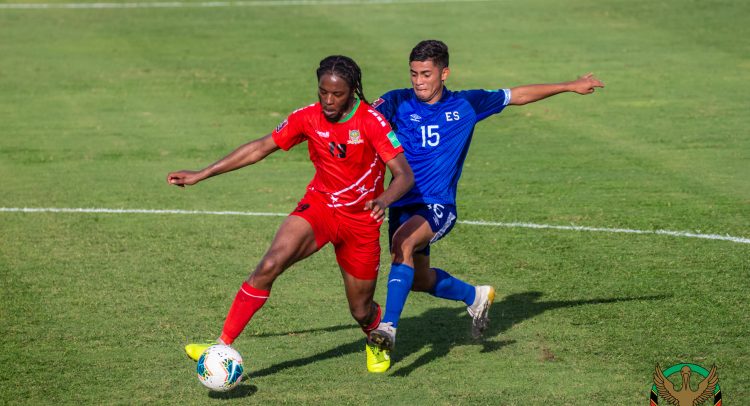 One of the Federation’s most experienced players is Romaine Sawyers. Born in Birmingham, England, Sawyers has played for several clubs in the UK at different divisions including the Premier League.

The St. Kitts & Nevis international started his career as a trainee with West Brom but got his first taste of first-team action in the Potteries during a loan spell with Port Vale. He also had loan spells with Shrewsbury and Walsall before joining the latter permanently in the summer of 2013.

His next port of call was Brentford, now managed by his former Walsall in July 2016. His career continued to flourish in West London as he made 133 appearances, scoring eight goals in the process.

He returned to West Brom in the summer of 2019 and made 43 league and cup appearances in the 2019/20 season as they secured promotion to the Premier League.

Last season Sawyers clocked-up another 23 appearances for Albion and joined Stoke City on loan this campaign. The 30-year-old midfielder, has been described as a player with great experience of football at the top end of the Championship.

Sawyers represented Saint Kitts and Nevis national under-23 football team in the second round of the Caribbean Football Union’s qualifying phase for the 2012 CONCACAF Men’s Olympic Qualifying Championship. In the three games the team played, he scored four goals. He was called up to the senior team for the qualification for the 2012 Caribbean Cup. He scored a goal and claimed an assist on his debut, in a 2–0 win over Anguilla at the Warner Park Sporting Complex in Basseterre. He has since then remained a major fixture in the national team.