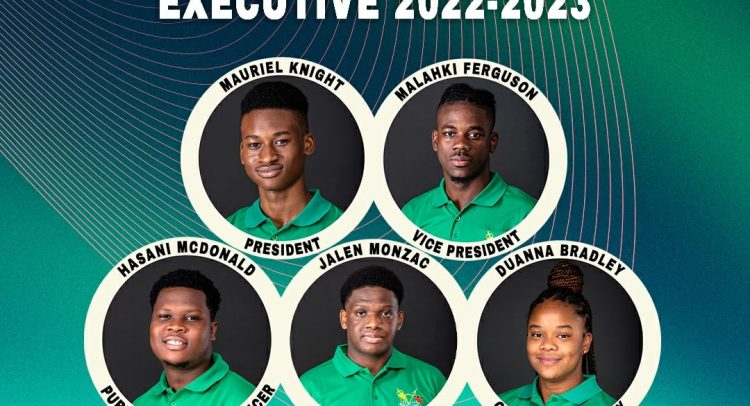 The AGM was held under the theme “Innovation, Compassion, Integrity: Building Our Future, Securing Our Legacy.”

Mr. Mauriel Knight, who served as President for the 2021-2022 SKNYPA year, in presenting his End of Year Report, listed some of the significant accomplishments of the Association which include the establishment of a formal relationship with the National Youth Parliament Association of Antigua and Barbuda; diplomatic talks with the Montserrat Youth Parliament; and increased Nevisian membership.

“When I was elected some 12 months ago, I made a commitment to all that the confidence placed in me as the youngest individual elected to serve as President would not be taken for granted. Promises of integrity, transparency, and accountability were made and I am pleased to report that so said, so done and so accomplished,” President Knight said.

Special mention was made of Ms. Patrice Harris, Mr. Haniff Charles, Ms. Kerissa Roberts, Ms. Leanne Knight, Ms. Azuree Liburd and Mr. Devonne Cornelius who are leaving as General Members of the Association. The President recognised and thanked them for their years of service to the SKNYPA.

The Featured Speaker was SKNYPA Alumnus, the Hon. Isalean Phillip who serves as Junior Minister with responsibility for Youth Empowerment in the Government of St. Kitts and Nevis.

“I remember the impact SKNYPA had on my own personal growth and development…lessons I learned about parliamentary procedures, the electoral process and good governance and so SKNYPA really helped to instill in me the practice of being in touch and staying in the know when it comes to listening to the news and formulating informed opinions about matters of national interest. During my membership, I remember ‘Inside the News’ [on WINN FM] and we always had a permanent spot on Inside the News and there was always a spot for a youth representative from SKNYPA.

SKNYPA, as a youth development organization, can attest to its success at molding countrymen and women to become government leaders. You have a history and there is evidence of that. Today, I want to reinforce and encourage all of you as current members and executives to continue doing the work,” Hon. Phillip said.