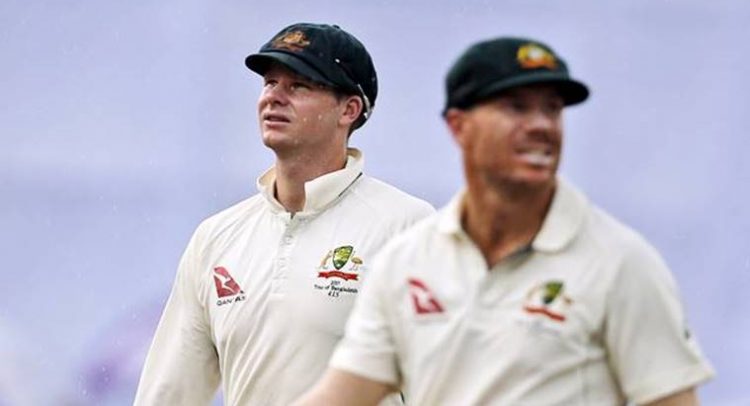 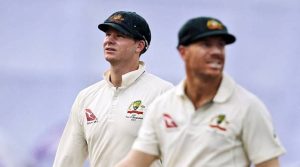 Steven Smith, David Warner and Cameron Bancroft will leave South Africa on Wednesday in the wake of their pre-meditated plan to tamper with the ball on the third day of the Cape Town Test against South Africa. Australia have named Matt Renshaw, Glenn Maxwell and Joe Burns as replacements for the fourth Test in Johannesburg starting on Friday.

Australia coach Darren Lehmann was found to have had no prior knowledge of the ball-tampering plan, and will remain in his position. Wicketkeeper Tim Paine has been officially appointed captain of the Australian Test team, their 46th; he had led the team on the fourth day of the Newlands Test after Smith and Warner were stood down as captain and vice-captain. That decision, which was soon followed by ICC sanctions for Smith and Bancroft, had been taken following tremendous pressure from back home, including the Prime Minister Malcolm Turnbull.

CA chief executive James Sutherland made the latest announcements at a press conference in Johannesburg on Tuesday during which he apologised for the Australian team’s conduct at Newlands. He said that the Cricket Australia investigation had found that only Smith, Warner and Bancroft had been in on the plot to tamper with the ball, and that “significant” sanctions would be issued in 24 hours once the investigations were completed.

“In view of the broader reputational and integrity issues involved, the sanctions that will be contemplated are significant,” Sutherland said. “The process must therefore be thorough to ensure that all relevant issues have been examined.

“I understand the appetite for urgency given the reputation of Australia as a sporting nation has been damaged in the eyes of many. However, urgency must be balanced with due process given the serious implications for all involved. In addition to sanctions for individuals, Cricket Australia will initiate an independent review into the conduct and culture of our Australian men’s teams.

“We will have more to say about this review in the coming days, but it will be conducted by an expert panel who will report to the Cricket Australia Board.”

CA chairman, David Peever said: “We understand and share the anger of fans and the broader Australian community about the events that unfolded in Cape Town on Saturday. This issue goes beyond the technical nature of the offences and various codes of conduct. It is about the integrity and reputation of Australian Cricket and Australian sport. Ultimately, it is about whether Australians can feel proud of their national sporting teams. That depends as much on the way the players conduct themselves, as it does about winning or losing.”

Sutherland said they would use this as an opportunity to “review the culture and conduct of our international teams”. “If this has damaged ability of kids to play the game, love the game and idolise their heroes it is a sorry state and we need to do everything we can to address it.”

The incident took place during the afternoon session on day three of the Cape Town Test and was picked up on by TV cameras. A small, yellow object was seen in Bancroft’s hands after he had worked on the ball, and he was also captured taking it from his pocket and placing it down his trousers. The footage showed Bancroft rubbing the rough side of the ball, the opposite side to which he would usually be trying to shine on his trousers. He put the object down his pants after being spoken to by the substitute Peter Handscomb, who had come on to the field after speaking to coach Darren Lehmann over walkie talkie. Lehmann seemed to speak to Handscomb after footage of Bancroft working on the ball was shown on the TV screens at the ground.

The umpires Nigel Llong and Richard Illingworth were then seen speaking with Bancroft, though they did not choose to change the ball or penalise the Australians five runs – the statutory on-field penalty for illegally changing the condition of the ball. When Bancroft spoke to the umpires, he was shown holding a bigger, black cloth rather than the small yellow object he had earlier seemed to place down his trousers.

Smith and Bancroft owned up to the offence at the press conference after play on the third day, sparking off the row of events that culminated in the three Australians being sent home ahead of the final Test against South Africa.