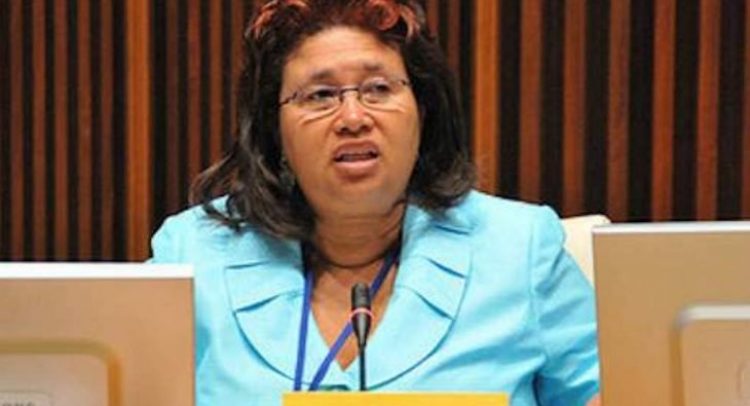 The risk of the coronavirus (2019 NCOV) reaching the shores of Barbados and other Caribbean states is currently low, regional health officials have declared.

Addressing a University of the West Indies Vice-Chancellor’s forum on Thursday under the theme Demystifying the Coronovirus, regional officials also gave the assurance that they were keeping abreast of international developments and would continue to share information.

This comes as the World Health Organisation (WHO) today declared the disease, which started in China in mid-December and has spread to several other countries, as a global emergency requiring local health authorities to reassess processes and beef up their preparedness measures.

Executive Director of the Caribbean Public Health Agency (CARPHA) Dr Joy St John said she was aware people were terrified by the misinformation being circulated especially on social media.

She however gave the assurance that there was no need for undue alarm in the region pointing out that while there is a higher risk of the virus spreading globally.

“For the Caribbean it is currently low from the perspective of disease importation,” she said.

However, quickly pointing out that continued vigilance was required, she said: “One of the biggest risks to the region is the social media misinformation, which is a risk to the stable profile of the Caribbean.”

Dr St John described the misinformation as “off the charts” and creating a level of unnecessary panic.

But she gave the assurance that CARPHA was doing what it could and working with other regional agencies and members states in taking proactive steps, and was putting measures in place including a rapid test system that would be rolled out in another two weeks.

She said CARPHA was also working with other stakeholders including regional tourism organisations to put mechanisms in place, and she urged residents to get information from reputable sources and practice proper hand hygiene.

In relation to the WHO declaration, St John explained that officials did not expect the virus to impact trade and tourism and the organisation was not recommending any restriction on trade or travel.

“CARPHA will continue not to recommend restriction on trade and travel,” she added.

At the same time, she acknowledged that each country was still able to interpret what they do, and the issue of restriction on trade and travel in a region that is heavily tourism dependent is one that needs “careful thought”.

“If there is restriction on travel from China; if person-to-person transmission is established in the US and the UK, are countries also going to restrict travel from our main tourism [markets]? These are some of the things that CARPHA has been trying to think ahead on knowing that there are political issues and issues of keeping of proclamations that can predicate some actions that may not have been recommended,” St John explained.

Local tourism officials are yet to comment publicly on the development or say what measures were being put in place.

So far, 22 countries and territories including Canada, the US, France and Germany have reported varying numbers of cases. These countries provide many of the region’s tourists especially during the heightened winter tourist season.

In his presentation during the forum, Professor Clive Landis, Pro-Vice Chancellor for Undergraduate Studies at the UWI, said he was confident that the region would be able to weather the current health scare.

Highlighting past viruses over the last decade including the Zika, Chikungunya and H1N1, Landis said he was satisfied the region adequately addressed them.

He noted that systems to detect viruses have been improved over the years in the Caribbean as a result of the Human Immunodeficiency Virus (HIV).

However, he said it was critical for authorities to continue to improve on those gains.

“Building our indigenous laboratory capacity is very important . . . We are not completely where we would want to be but we are moving in the right direction. I think this would really help to underpin our responses going forward,” he said.

Landis, who was the Chair of the Zika Task Force, also gave assurances that the UWI was working closely with regional health institutions and countries as they continue to put proactive measures in place to deal with the threatening health emergency.

The health officials also advised regional governments and relevant institutions that it was critical to be prepared and have a proper strategy in place to be able to detect the virus early should it reach the Caribbean shores.

Representatives from Trinidad and Tobago and Jamaica indicated that they have already beefed up sensitization, put screening measures in place at their ports of entry and were carrying out training of healthcare workers.

Antigua and Barbuda closing borders to travellers from China

New Jamaican airline in the works