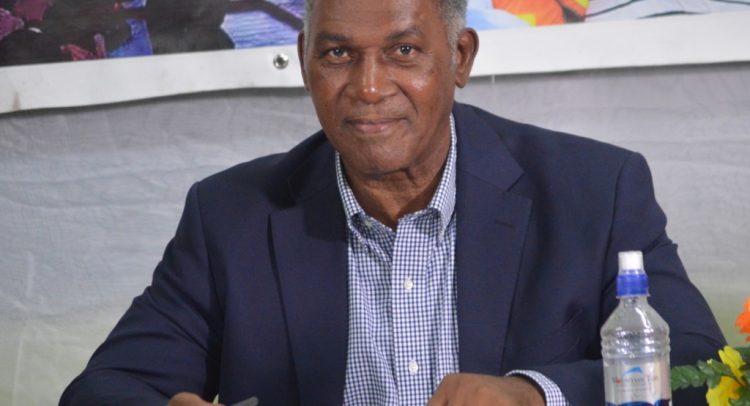 Basseterre, St. Kitts, May 22, 2018 (SKNIS): The St. Christopher and Nevis Social Security Board will continue to partner with the Government of St. Kitts and Nevis to advance the development of the twin-island Federation, said Senior Minister, Honourable Vance Amory, who added that it will be done responsibly.

The statement was made on Sunday, May 20, 2018, during an Open Forum that was held at the Edgar T. Morris Primary School in Tabernacle. As part of his presentation to the large gathering in attendance, Senior Minister Amory commented that when he assumed responsibility for Social Security in 2015, he was mindful to protect the people’s investment and ensure that it was not mismanaged.

“We are not going back to the days of Social Security funds being used as a slush fund for anybody. That is not what it is for,” he stated. “We (the Government of National Unity) believe that the Social Security Fund could be used to improve the economic development of this country whether it is in tourism, infrastructure, housing, or in education.”

In January 2017, the St. Christopher and Nevis Social Security Board invested EC$10 million to support the construction of homes by the Nevis Housing and Land Development Corporation. In February that same year, a larger investment of EC$50 million was made with the National Housing Corporation in St. Kitts, to support the government’s “Unity Housing Solution Programme.”

Minister Amory explained that the housing agencies had to go through “serious negotiations” with the Board and clearly demonstrate how the loan was going to be repaid before the disbursements were approved. Stringent hurdles also had to be cleared in order to satisfy the investment of US$7 million to the St. Christopher Air and Sea Ports Authority (SCASPA) that will be used to help fund the construction of a second cruise pier at Port Zante. A Seabed Breaking Ceremony was held last week to officially mark the start of construction.

The senior minister assured the public that the investments will spur job growth and economic activity and are geared to build the sustainability of the Social Security Fund. He added that the development of the nation’s human capacity remains a top priority for government.

St. Kitts and Nevis Has Made Significant Strides Over the Past Three Years, Says Attorney General Byron