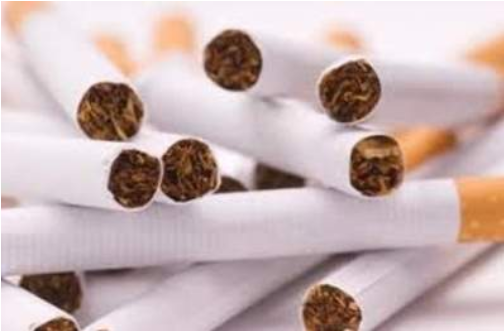 Some Caribbean countries yet to implement effective tobacco control measures A new report by the Pan American Health Organization (PAHO) says while progress has been made to address the tobacco epidemic in the Americas, including the Caribbean, over one-third of regional countries is yet to implement the highest level of effective tobacco control measures.

Based on this, PAHO’s Regional Report on Tobacco Control in the Americas 2018 has urged regional governments to urgently increase efforts to apply these measures and save lives.
The report says the number of tobacco users in the region has dropped to just 17 per cent, which is below the global average of 20 per cent.

“However, this means that one in every five adults above the age of 15 still uses tobacco, one of the main causes of noncommunicable diseases (NCDs),” PAHO said.

It said countries have committed to implementing measures to reduce premature mortality from these diseases by one-third by 2030, in accordance with the United Nations’ Sustainable Development Goals.

PAHO’s report notes that it is vital for countries to step up efforts to increase tobacco control measures in order to meet this objective.

“While we are certainly heading in the right direction when it comes to reducing the number of tobacco users and protecting the population from the adverse effects of tobacco exposure, we are just not moving fast enough,” said Dr Anselm Hennis, PAHO’s director of the Noncommunicable Diseases and Mental Health Unit.

“The fact remains that more than two thousand people die each day in the Americas as a direct consequence of tobacco use, and this epidemic will continue unless countries accelerate the speed at which effective policies are being implemented,” he added.

The new report highlights progress that countries in the Americas have made towards implementing the measures outlined in the World Health Organization’s Framework Convention on Tobacco Control (WHO FCTC), which aims to protect present and future generations from the devastating consequences of tobacco use and exposure.

These measures include regulations to protect people from tobacco smoke by establishing 100 per cent smoke-free environments; the mandatory inclusion of large, graphic health warnings on all tobacco packaging; raising taxes on tobacco; and a total ban on tobacco advertising, promotion and sponsorship.

According to PAHO, the report shows that 12 out of 35 countries in the Americas have yet to implement even one of these effective tobacco control measures.

The report also shows that while implementation of tobacco control measures has increased in the region over the past decade, progress has recently slowed down.

The report says the two most implemented tobacco control measures in the Americas are those that protect against exposure to tobacco smoke through 100 per cent smoke-free environments, and mandatory health warnings on all tobacco packaging, implemented in 19 and 18 countries respectively, two more for each measure than in 2016.

Fourteen countries in the Americas have reduced the affordability of tobacco products, increasing the price of the most popular brand of cigarettes in relation to income, the report says.

Since 2016, the report says just one country in the region has banned tobacco advertising, promotion and sponsorship, bringing the total number of countries implementing this measure to six.

“The increase in the number of countries to have put into effect at least one effective tobacco control measure is reassuring,” said Dr. Adriana Blanco, chief of the Risk Factors and Nutrition Unit at PAHO.

“But since 2016, the number of countries to have implemented at least four measures remains unchanged, at six,” she added. “If we are to effectively protect populations against the impact of tobacco use, we need to go much further and ensure that more measures are implemented.”

The report says one of the main areas of progress in the last two years occurred in the Caribbean, although it remains the subregion with the lowest number of countries to have implemented the measures outlined in the WHO FCTC.
The reported highlighted Guyana as the country passed its comprehensive tobacco control law in 2017.

This law now positions Guyana among the most compliant in three areas: protecting people from tobacco smoke; bans on advertising, promotion and sponsorship; and mandatory large graphic health warnings on all tobacco packaging.

PAHO said St Lucia and Barbados are following suit with the approval of measures to include mandatory health warnings on tobacco product packaging.

“We welcome recent efforts from the Caribbean to begin the implementation of effective tobacco control measures, and we hope this will show other countries in the sub-region the long-term benefits that measures will have on their economies and, most importantly, the health of their populations,” Hennis said.