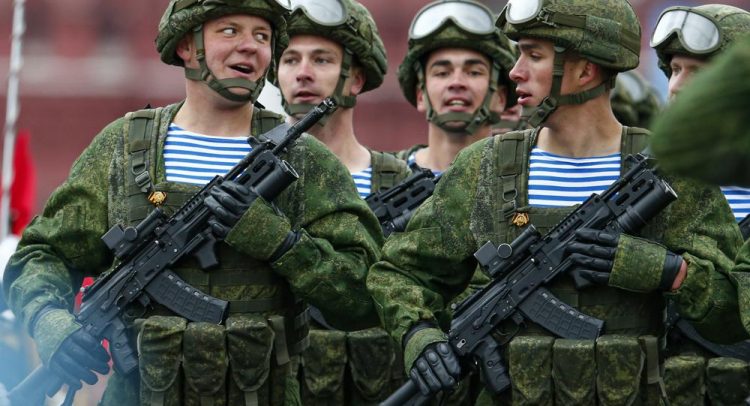 Some US allies near Russia are wary of Biden-Putin summit

By YURAS KARMANAU and VLADIMIR ISACHENKOV

KYIV, Ukraine (AP) — Central and Eastern European nations are anxious about the coming summit meeting between U.S. President Joe Biden and Russian President Vladimir Putin, wary of what they see as hostile intentions from the Kremlin.

Some in the countries that once were part of the Soviet Union or the Moscow-led Warsaw Pact during the Cold War worry that Washington could scale down support for its allies in the region in a bid to secure a more stable and predictable relationship with Russia.

“I think there have been doubts as to the resoluteness of the present administration to face Russian aggressive actions in a decisive manner,” said Witold Rodkiewicz, chief specialist on Russian politics at Warsaw’s Center of Eastern Studies, a state-funded think tank that advises the Polish government.

Both Russia and the U.S. have sought to moderate expectations about Wednesday’s summit in Geneva, ruling out any breakthroughs amid the worst tensions between the two powers since Soviet times, especially after Moscow’s annexation of Ukraine’s Crimean Peninsula, accusations of Russian interference with U.S. elections and hacking attacks, as well as other strains.

Rodkiewicz, however, noted the White House’s decision to waive sanctions against the German company overseeing the prospective Russian-built Nord Stream 2 natural gas pipeline running under the Baltic Sea to Germany. That project could potentially allow Moscow to bypass Ukraine, Poland and other countries in Eastern and Central Europe that collect transit fees on the energy.

“In a clear, unequivocal way the administration signaled that for them, Europe is Germany basically, and German interests are going to be taken into account, while the interests of other players in Europe are going to be sort of put on the back burner,” Rodkiewicz told The Associated Press.

Nowhere else are worries about the summit more acute than in Ukraine. It has been locked in a tense tug-of-war with Russia ever since the annexation of the Crimean Peninsula following the ouster of Ukraine’s Moscow-friendly president in 2014 and a Russia-backed separatist insurgency in the country’s east — a conflict that has killed more than 14,000.

“Ukraine fears that agreements between Biden and Putin could turn it into a peripheral country,” said Vadim Karasev, an independent Kyiv-based political analyst.

Kyiv worries that Nord Stream 2 would deprive it not only of transit fees for pumping Russian gas to Europe but also erode its strategic importance and weaken it politically.

A U.S. failure to block the pipeline would mark “a personal loss for President Biden” and a “serious geopolitical victory for the Russian Federation,” said Ukrainian President Volodymyr Zelenskyy.

He tried in vain to push for a meeting with Biden before the summit but has spoken with him by phone. Biden assured Zelenskyy of the unwavering U.S. support for Ukraine’s sovereignty and territorial integrity.

Kyiv appeared overly eager to interpret the conversation in its favor. In its initial readout of the call, Zelenskyy’s office claimed Biden emphasized the importance of offering Ukraine a specific roadmap for joining NATO. But it then changed that version to clarify it was Zelenskyy who pushed for providing Ukraine with a membership action plan; it said Biden promised that Kyiv’s position will be taken into account when discussing strategic issues within NATO.

In an interview on Russian state television, Putin issued a strong, new warning that the prospect of Ukraine joining NATO was unacceptable for Russia. He noted it would allow the alliance’s missiles to reach Moscow and other key targets in western Russia in only seven minutes, a destabilizing situation that he said was comparable to Russia putting its missiles in Mexico or Canada.

In 2008, NATO promised that Ukraine and Georgia would eventually be welcome to join the alliance despite protests from Russia. Four months later, Russia routed Georgia in a five-day war that erupted when the Georgian leadership tried to reclaim control of a separatist region.

Earlier this year, Russia bolstered its forces near Ukraine and warned Kyiv that it could intervene militarily if Ukrainian authorities try to retake the rebel-controlled east. Moscow has since pulled back at least some of its troops, but Ukrainian officials say Russia has kept a massive contingent close to the border.

“The Kremlin has signaled that Ukraine’s NATO bid is fraught with a new, hot conflict in Europe, something that Washington definitely doesn’t want,” Karasev said.

Alex Petriashvili, senior fellow at the Rondeli Foundation think tank in Tbilisi, Georgia, deplored the lack of consensus within NATO on granting Ukraine and Georgia clear plans for membership.

“It is certainly negatively affecting the aspirations of the two countries and gives the advantage to Russia, which is fiercely opposing their membership,” Petriashvili said.

Lithuanian Foreign Minister Gabrielius Landsbergis argued that Russia seeks “to reestablish control of internal, foreign and security policies of the states in Central and Eastern Europe” that it considers part of its “privileged sphere of interests.”

”Like in Soviet times, both conventional and hybrid measures are used to assert control,” he told AP.

Russia has rejected allegations it is trying to destabilize the countries or draw them back into its orbit. It has accused the European Union and NATO members that once were part of the Soviet Union or the Warsaw Pact of “Russophobia,” casting them as key instigators of Western sanctions that limited Moscow’s access to global capital markets and restricted imports of modern technology.

Landsbergis has shrugged off concerns that Washington could leave its Central and Eastern European allies in the cold.

“We have no reasons to doubt our closest trans-Atlantic ally,” Landsbergis told AP. “The Biden administration has on numerous occasions underscored its commitment to work in close coordination with its European allies.”

Ondrej Ditrych, director of the Institute of International Relations think-tank, also said he expects Biden to take a firm stance in Geneva.

“Biden is not naive, even as ahead of the summit the administration seems to make overtures to make Russia amenable to discussing strategic issues in earnest,” he said in Prague. “I would not be worried that a détente that would be detrimental to Central and Eastern Europe countries would be in the making.”

Some others aren’t so optimistic.

“The real reason to worry is that perhaps Putin might come out of this meeting encouraged by what he sees on the other side, and that might make him bolder to press his advantages in a regional context,” said Rodkiewicz, the Warsaw-based analyst.

FILE – In this May 9, 2021, file photo, Russian paratroopers march the Victory Day military parade in Red Square in Moscow, Russia, marking the 76th anniversary of the end of World War II in Europe. Earlier this year, Russia bolstered its forces near Ukraine and warned Kyiv that it could intervene militarily if Ukrainian authorities try to retake the rebel-controlled east. Moscow also has bristled at NATO’s joint drills with Ukraine, saying they reflect the alliance’s aggressive intentions. (AP Photo/Alexander Zemlianichenko, File)

St. Kitts and Nevis Monitoring 123 active cases of COVID-19; 32 recorded in one day

St. Kitts' Medical Chief Of Staff urges all non-essential workers to stay at home to break the COVID-19 transmission cycle