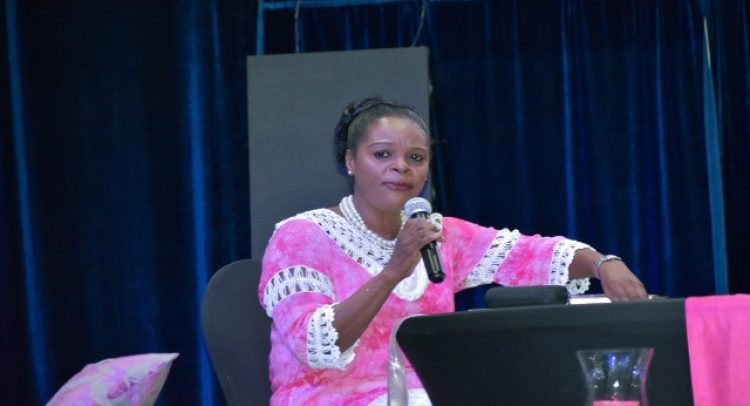 Basseterre, St. Kitts, Wednesday, 13th October, 2021, (MyVue News.com)-The music industry in St. Kitts & Nevis has lost a great voice and an outstanding performer who once graced the stages across the country, while her recordings impacted listeners worldwide.

The sad news of the passing of Eulynis Brown began circulating late this morning,(Wednesday, 13th October, 2021), following her death somewhere between 9:00 am and 10:00 am.

It has been revealed that she had been ailing for the past couple of weeks and was hospitalized for an undisclosed chronic condition.

The singer, who began and ended her career in the church, singing in various choirs, also performed in the 1970s in the then-popular Teen Challenge Gospel Club at the Basseterre High, where she first caught the attention of many future fans.

Brown also had an outstanding career, performing with the famous Toucan Band, led by Adrian Lam.

Amongst her favourite hit songs from the 1980s, were “Pour Some Sugar on Me” and “Waiting for You” which was a duet performed with Benjax.

However, Brown’s place of comfort was also anchored in gospel music and up to the period just before her hospitalization, she dedicated her golden voice to the Praise and Worship Ministry of the Antioch Baptist Church, in Basseterre.

Brown, who was a nurse for over 3 decades, lived her life in the quiet small village of Trinity, and had two children, a daughter, (a medical doctor), and a son, who owns the popular Jay Black Production Photo Studios.

Boeing tells workers they must get COVID-19 vaccine

US regulators seek answers from Tesla over lack of recall