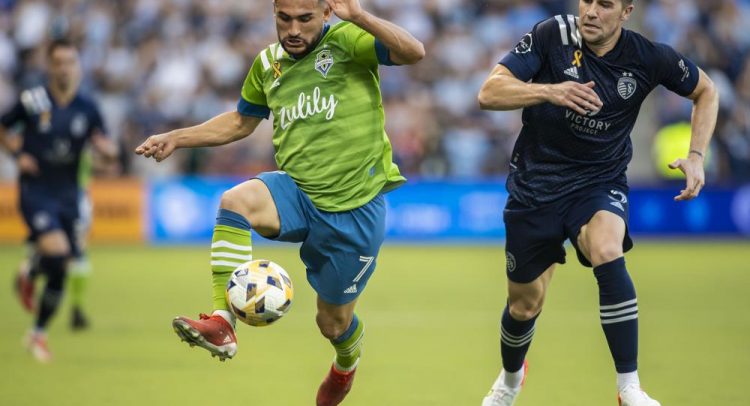 With their league-best eighth road win and first at Kansas City in more than eight years, the Sounders (14-5-6) moved past Sporting (13-6-6) in the Western Division.

Roldan redirected Brad Smith’s centering pass in the 31st minute for the only goal of the first half.

Raul Ruidiaz swiped a ball at the top of the circle, made a couple of nifty moves to get past three defenders before Bruin headed the ball home in the 55th minute.

Kansas City, which had the better of the offensive pressure, broke through with its first shot on goal in the 60th minute. Johnny Russell got the ball from a poorly defended set piece and put it in off the keeper.

Moussa Djitte also scored his first goal for the expansion Austin FC (6-16-4). Djitte scored in the 64th minute, knocking home his own rebound, and was replaced by Gaines in the 72nd minute, seven minutes before the second goal.

Gaines scored with a powerful volley after he settled a cross from Nick Lima.

Both goal scorers are just 21. Djitte made his second start in six appearance while Gaines was making just his third appearance.

Joe Willis had three saves for Nashville for his 11th shutout.