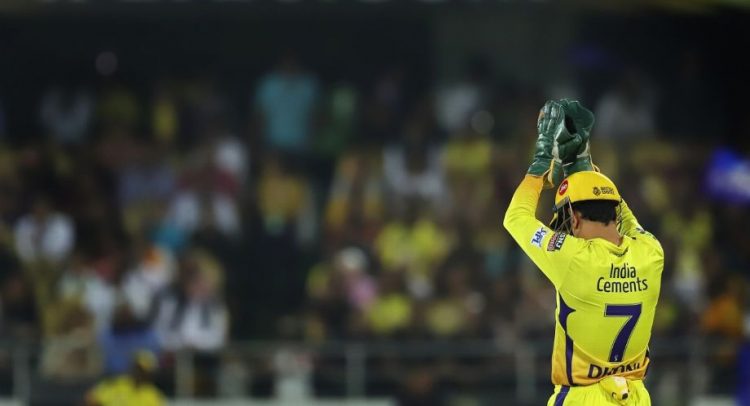 The BCCI is open to hosting the IPL in “empty stadiums” as long as the tournament is conducted in 2020. In a letter sent to the state associations on Wednesday, BCCI president Sourav Ganguly said the board remained “optimistic” about the IPL which was postponed indefinitely in April in the wake of the Covid-19 pandemic.

“The BCCI is working on all possible options to ensure that we are able to stage the IPL this year, even if it means playing the tournament in empty stadiums,” Ganguly said in the e-mail, accessed by ESPNcricinfo. “The fans, franchisees, players, broadcasters, sponsors and all other stakeholders are keenly looking forward to the possibility of IPL being hosted this year.”

The IPL remains BCCI’s biggest money spinner annually, with the board deriving a large portion of its revenue from its lucrative league, thanks to the record media rights deal worth INR 16,347.5 crore (approx. US$ 2.55 billion) signed in 2017. If there is no IPL this year, the BCCI stands to lose around INR 4,000 crore (US$ 530 million approx.) from the media rights deal.

The biggest challenge for the BCCI is finding a window for the IPL, which created a free window for itself in April-May owing to its success since 2008. However, with the fate of global tournaments like the Asia Cup, Men’s T20 World Cup and the series that form part of the World Test Championship hanging in balance, the IPL too remains undecided.

In case the T20 World Cup gets postponed, the BCCI would want to capitalise on the window left vacant and is confident that it could put the tournament together in a short span of time, subject to permission from the Indian government. According to the data collated by the Indian government, the country currently has over 137,000 active cases of people infected by Covid-19, with over 8000 deaths.

Indian sports minister Kiren Rijiju recently said that the fate of the IPL would be decided not by the BCCI, but the Indian government. “In India the government has to take a call and it will take a call depending on the situation,” Rijiju was quoted as saying in the media. “We cannot put health at risk just because we want to have a sporting event.”

However, Rijju did not rule out India hosting the IPL behind closed doors if there was a sense of normalcy. “It is difficult to confirm dates but I am sure we will have some kind of sporting events this year. We have to learn to live with the situation where sporting events will have to be carried forward without spectators in stadiums and sports venues.”

Both the franchises and players, including those from overseas, are enthusiastic and open about playing behind closed doors. During its meeting in March with the eight franchise owners, the BCCI had discussed various options including hosting the tournament without crowds in a few venues that would minimise travel and pose fewer logistical challenges.

“Recently a lot of players, both from India and other countries, participating in IPL have also shown their keenness on being a part of this year IPL,” Ganguly said. “We are optimistic and the BCCI will shortly decide on the future course of action on this.”

Ganguly also said the BCCI was on the verge of finalising guidelines for the return of cricket in India, and would be sharing them with the state associations. India’s domestic season begins in September, but state associations want clarity on what the calendar looks like. Recently, Rahul Johri, the BCCI chief executive, had indicated that the domestic calendar would see a revamp.

“The Covid-19 virus is highly contagious and BCCI has taken cognizance of the same,” Ganguly said. “The BCCI is in the process of developing a Covid-19 Standard Operation Procedures (SOP) for all State Cricket Associations. Essentially, this SOP is being made with a view of providing our Members with a standard set of guidelines which will help the Associations to resume cricket in their respective areas. The BCCI has engaged medical specialists for the drafting of this SOP.”

Photo: The IPL could still happen this year behind closed doors (BCCI)