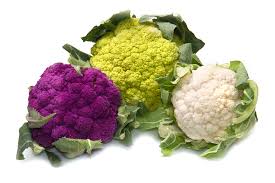 The outbreak that sickened 210 people and killed five since March now seems to be over, according to the Centers for Disease Control and Prevention.

A few months ago, health officials had traced back the contamination to Yuma, Arizona — where most of the country’s romaine lettuce comes from in the winter — but they couldn’t pinpoint the exact source. Consumers were advised to avoid all romaine lettuce that came from that area.

Now, officials have identified this particular strain of E. coli, O157:H7, in the water of a canal and are working to understand how the bacteria entered the water and how it could have contaminated the lettuce, according to the U.S. Food and Drug Administration.

This E. coli outbreak was the largest in the U.S. in more than a decade, according to Time.

This strain of E. coli is particularly harmful because of its ability to produce a toxin known as the Shiga toxin, Live Science previously reported. This toxin destroys red blood cells, which, in turn, can block the kidneys’ filtering system and lead to a potentially life-threatening condition called “hemolytic uremic syndrome,” which can lead to kidney failure.

It’s unclear if this particular canal was the only source of infection, and testing on other sources of water, soil and cow manure is ongoing, according to the FDA.