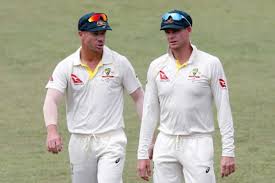 Seven years ago, Australia were bowled out for 47 in Cape Town. Oh for the days of such innocent problems. The Cape Town Test will be remembered for much darker reasons than a simple batting collapse, after Cameron Bancroft was caught sandpapering the ball in an attempt to gain reverse swing. The captain Steven Smith and vice-captain David Warner have been stripped of their leadership positions and banned for a year; Bancroft for nine months. Outrage has swept the nation. And now, the remaining Australia players have to go out in the middle and try to earn back a modicum of respect. To do so, they will have to show respect themselves. Respect for the game, respect for their opponents, respect for each other. The New Zealand team, once derided by the Australians for being too nice, are now the model, according to Darren Lehmann, who has announced that the Johannesburg Test will be his last as Australia coach. Time will tell.

One of the most remarkable side-effects of the scandal is that Tim Paine will become Australia’s 46th Test captain. At the start of this summer, Paine was not even in the starting line-up for Tasmania. Then, when he was called in, it was not as wicketkeeper. Now, he is not only Australia’s Test wicketkeeper but also the national captain – at least in a temporary capacity, but very possibly for the foreseeable future as well. He will lead an Australia line-up with at least three changes, forced by the suspensions. Joe Burns and Matt Renshaw, who as recently as Tuesday were opening together for Queensland in the Sheffield Shield final in Brisbane, could find themselves doing so for Australia at the Wanderers on Friday. Peter Handscomb will presumably also join the batting order, with Glenn Maxwell also in the squad but less likely to play.

And for all of the carnage of the past few days, there is still a series to play for. The best Australia can do is draw the series 2-2, while South Africa have the chance to win their first home series against Australia since 1970. How both sides respond to the dramatic events will be fascinating. South Africa will also farewell one the country’s most prolific fast bowlers, Morne Morkel, who announced before the series that this would be his last. On the final day in Cape Town, he completed a nine-wicket match haul, his best in Test cricket, and described it as the highlight of his life. Rarely has any cricketing achievement earned such a description and yet been so comprehensively overshadowed.

In the spotlight
Morne Morkel seems destined to forever be the forgotten man. In Cape Town, he became the fifth South African to reach 300 wickets in Tests, yet he couldn’t even make the side in the previous match. His performance at Newlands earned Morkel just the third Man-of-the-Match award in his 85-Test career, but was barely a sideshow compared to the ball-tampering crisis. Surely one of the nicest men in world cricket, and a tireless contributor for South Africa over more than a decade, Morkel deserves a send-off in which he is, for once, the centre of attention.

Frankly, who in Australia’s team is not in the spotlight? Tim Paine has the task of captaining Australia and bringing respect back to the baggy green. Joe Burns and Matt Renshaw, both former Test opening partners of David Warner, now find themselves replacing Warner and Bancroft, and the positions could be theirs for a long while. And as for Australia’s fast bowlers – Mitchell Starc, Josh Hazlewood and Pat Cummins – will they gain reverse swing?

South Africa confirmed that they would field an unchanged XI.

The suspensions of Smith, Warner and Bancroft mean Australia will make at least three changes. The likely scenario is that Burns and Renshaw will open, and Handscomb will slot into the middle order.