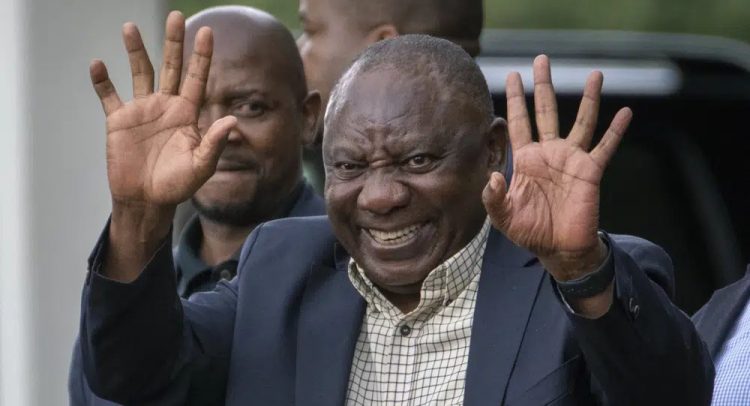 Ramaphosa has taken legal action on Monday to challenge the parliamentary report that suggested he may have broken anti-corruption laws by having a large sum of dollars at his Phala Phala farm and not reporting its theft. The report recommended that Ramaphosa be impeached.

The report was drafted by an independent panel appointed to probe allegations leveled by the country’s former intelligence head, Arthur Fraser, that Ramaphosa tried to cover up the theft of an estimated $4 million from his Phala Phala ranch.

Briefing the media Monday following a meeting of its National Executive Committee that discussed Ramaphosa’s situation, the ANC said it would not support the report which calls for impeachment proceedings.

“We will vote against it because, as you are aware, that report will set other processes in motion, like impeachment, and we are not supporting the process that will lead to the impeachment of the president,” said ANC treasurer-general Paul Mashatile.

In papers filed with the Constitutional Court, Ramaphosa has asked the court to set aside the report, saying “the panel and its conclusions are seriously flawed, thus making the recommendations irrational.”

In court papers, Ramaphosa said “the panel misconceived its mandate, misjudged the information placed before it and misinterpreted the four charges advanced against me.”

Ramaphosa is facing calls from his detractors within the party and from opposition parties to step down as a result of the report.

He has denied any wrongdoing, claiming that the money was from the sale of animals on his farm and that he had reported the matter to the head of his presidential protection unit.

The ANC’s national executive committee, with 86 members, is the party’s highest decision-making body and has the power to force the president to resign and to instruct its lawmakers on how to vote on various matters.

The ANC still maintains a majority of seats in Parliament, enough to block a vote by all opposition parties to begin impeachment proceedings against Ramaphosa.

Earlier, Speaker Nosiviwe Mapisa-Nqakula announced that a request by one of the opposition parties to have a secret ballot had been declined by Parliament.

South African President Cyril Ramaphosa leaves an African National Congress (ANC) national executive committee in Johannesburg, South Africa, Monday Dec. 5, 2022. Ramaphosa might lose his job, and his reputation as a corruption fighter, as he faces possible impeachment over claims that he tried to cover up the theft of millions of dollars stashed inside a couch on his farm. (AP Photo/Jerome Delay)