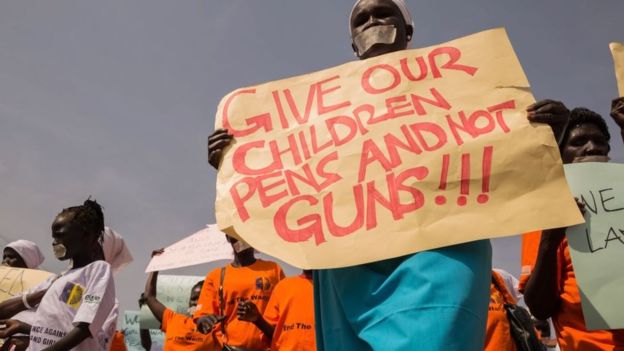 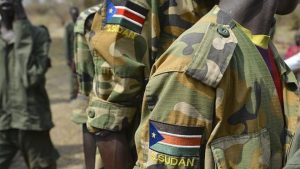 Horrific accounts of gang rape, throats being slit and mass shootings in South Sudan are described in the latest United Nations report on the country.

It blames the violence in Unity state on government and allied forces.

One woman, who said she lost everything told investigators that “it would have been better if they had killed me”.

Leaders signed a ceasefire deal in June aimed at ending the five-year civil war. Millions have been forced to flee as a result of the fighting.

Tens of thousands of people have been killed.

The violence detailed in the report may amount to war crimes and those responsible should be brought to justice, the UN’s human rights body says.

South Sudan’s army has not yet received the report, and therefore could not comment, its spokesman told Reuters news agency.

The UN investigators focussed on a five-week period in April and May when government soldiers and their allies attacked opposition-controlled villages in the south of Unity state.

The violence followed clashes between government and rebel forces, the report says.

In all 232 civilians were killed with “some hung from trees and others burned alive in their homes”, the report adds.