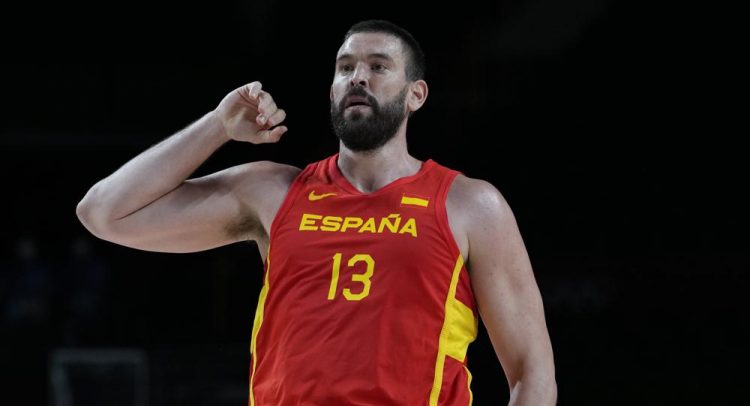 SAITAMA, Japan (AP) — They would have talked about this night in Japan for generations. Imagine: the country’s first men’s basketball game at an Olympics in 45 years, in an arena just north of Tokyo that would have been filled with thousands of flag-waving fans, against the reigning World Cup champions.

The pandemic took away Japan’s chance at having the desired scene.

Spain took away Japan’s chance of having the desired outcome.

Ricky Rubio scored 20 points and a 19-0 run in the second quarter turned out to be the difference, as Spain went on to top Japan 88-77 on Monday night in the opening game of the Tokyo Olympics for both teams.

Victor Claver made all six of his shots and scored 13 points for Spain, the four-time Olympic medalists — three silver, one bronze. Marc Gasol added 12.

Without fans permitted in the Saitama Super Arena because of the pandemic and the decision to not open almost all venues involved in the Tokyo Games to ticketholders, only a few dozen Japanese people — volunteers and workers, mostly — were there for the game. A few people stood and clapped when the host team was introduced pregame, and another man snapped a photo of the large scoreboard suspended over center court when the video screen displayed the Japanese flag during the national anthem.

Otherwise, there was no home-court advantage whatsoever.

Japan got down 11-2 after the first four minutes but clawed back slowly, and when Hachimura connected on a 3-pointer with 5:35 left in the half the game was tied at 26.

That’s also when Spain was finding its groove.

Japan got within 11 points on two separate occasions in the first five minutes of the fourth quarter, but the lead was never in doubt.

Japan: It’s now an eight-game losing streak for Japan in the highest-tier international events — the World Cup or the Olympics — since 2006. … Japan was outrebounded 42-32.

There are no men’s games at the Olympics on Tuesday. The women have the court all day, with four games scheduled including the opener for the U.S.