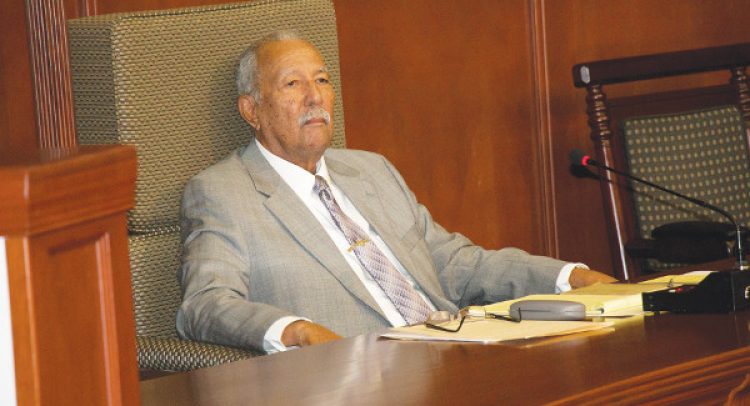 House Speaker Gerald Watt says he will not invoke sections of the standing orders to take disciplinary action against Opposition Leader Jamale Pringle.

Sir Gerald told a sitting of the Lower House moments ago that he had the option of suspending Pringle for up to six months.

Pringle is accused of breaching the rules of parliament when he accused the speaker of bias and stormed out of the house after being denied the opportunity to make a personal statement.

The speaker said he did not take action against Pringle because “the member has never behaved in this manner before with regards to rulings of the house.”

The other reason given is that Pringle is “new member who did not read the rules” and that Pringle may have been misled.

The speaker said he also took into account that Pringle is one of two elected members on the opposition side of the house.

Sir Gerald said he was not influenced by messages going around on social media but warned Pringle that “any further egregious behaviour will result in a harsh response.”