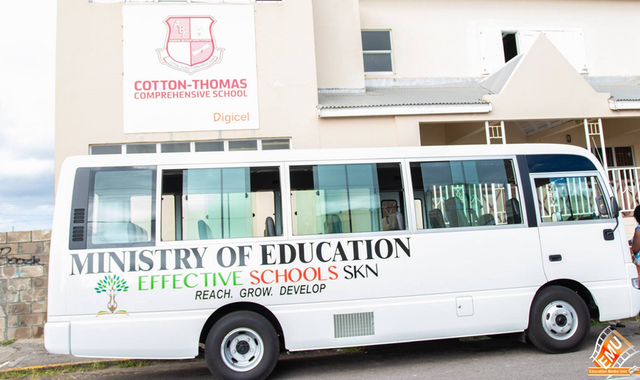 The Cotton Thomas Comprehensive School caters to children who are physically and mentally challenged.

According to Assistant Secretary and Finance Officer in the Ministry of Education, Melvon Bassue, it was important to replace the school’s old buses, the existing fleet of eight buses.

“A number of issues hastened the decision, including the constant breakdown of the present buses; high maintenance costs and decrease in fuel efficiency,” Bassue stated. A second bus is expected later in 2019.

Minister Richards said the children with special needs were chosen as the first recipients of new transportation because they were the most vulnerable.

Richards thanked the bus drivers for their patience over the years, as they have had to work around severe challenges with the old fleet of buses. He added that the Government was looking towards greater efficiency and the utilization of green energy in the future as the fleet expands.

England all out for 187 as West Indies fast bowlers prevail