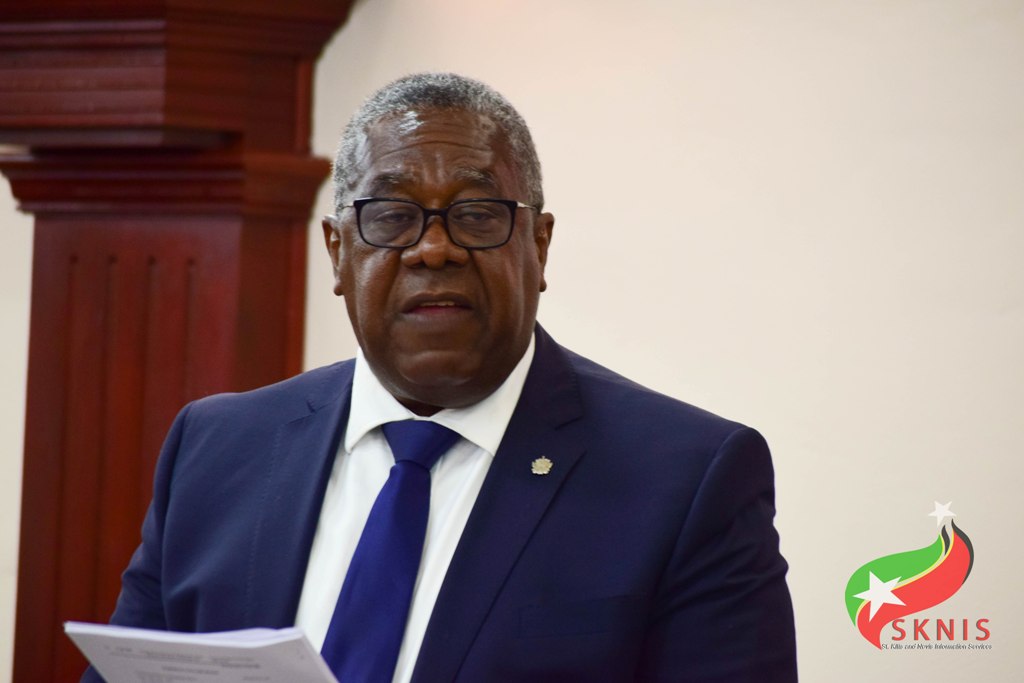 Basseterre, St. Kitts, August 01, 2019 (SKNIS): The Honourable Vincent Byron Jr., Attorney-General and Minister of Justice and Legal Affairs, endorsed the first legal step in updating the Drugs (Prevention and Abatement of the Misuse and Abuse of Drugs) (Amendment) Bill during the Sitting of Parliament on Tuesday, July 30.

“The Bill is intended to be the very first step in a complex process in seeking to strike a proper balance within our society and to make laws that promote peace, order and good governance,” said the Attorney-General. “Mr. Speaker, in that vein, the government would continue the extensive consultation process and the work on bolstering the legislative framework to provide for an effective mechanism which would seek to secure the rights of all the people in the Federation.”

The Attorney-General said that the changes are reflective of the 21st Century perspectives.

“Mr. Speaker, this Bill… is intended to usher in what is anticipated would be a new approach to possession of small amounts of cannabis. We recognize Mr. Speaker that what is now being proposed represents a significant paradigm shift from the traditional attitudes to the use of cannabis within our society.

Minister Byron noted that the Bill would be in keeping with international practices.

“We anticipate Mr. Speaker, that this approach would satisfy our international obligations whilst at the same time, allow for the regulated use of the drug in a manner that is consistent with our Constitution,” he said. Mr. Speaker, it is this international perspective, the amendment that we do today, seeks to keep this country in line with current international drug convictions and this is a matter of great importance to the government as we are confident that we are a responsible actor within the international community.”

After a little more than a day of insightful presentations, the Drugs (Prevention and Abatement of the Misuse and Abuse of Drugs) (Amendment) Bill, 2019, had its third reading and was successfully passed in the National Assembly on Wednesday, July 31, 2019.