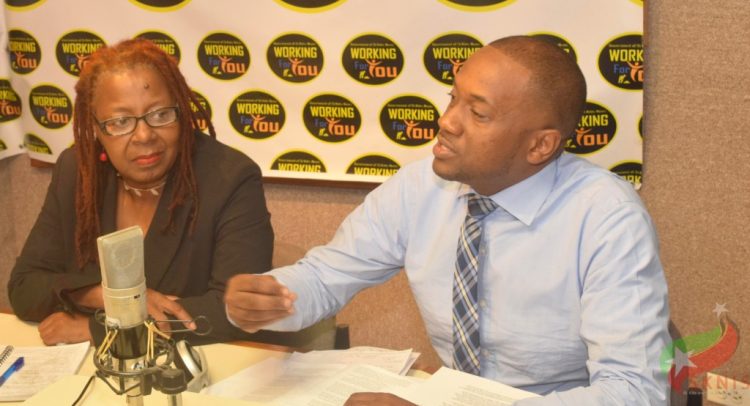 Basseterre, St. Kitts, August 22, 2018 (SKNIS): If St. Kitts and Nevis ever falls under a tsunami threat, officials from the National Emergency Management Agency (NEMA) said that emergency services will shift into high gear to alert the public of the impending danger and what can be done to increase the chances of survival.

A tsunami is an unusually large sea wave produced by a seaquake or undersea volcanic eruption. In January 2018, several Caribbean islands fell under a tsunami warning after a magnitude 7.6 earthquake shook the Caribbean Sea. It occurred west of Jamaica at a depth of 6.2 miles reports www.accuweather.com.

If a tsunami were to happen, officials from NEMA said that the population stands to benefit from a comprehensive disaster management plan.

This includes a drill of a tsunami warning alert that is carried out once every month. The test message goes out from the Royal St. Christopher and Nevis Police Force to emergency and other key officials as part of an alert protocol.

The monthly drill ends there but in the event of an actual threat NEMA’s Disaster Coordinator, Abdias Samuel said: “the police stations, the fire stations and so on with their sirens and bullhorns will go around the communities in the areas that will be greatly impacted [and] notify people so that they can move to higher ground.”

While appearing on Wednesday’s (August 22) edition of the radio and television programme “Working for You”, Mr. Samuel explained that: “last year we achieved tsunami ready capacity. What that means is that St. Kitts and Nevis has the basic essential infrastructure in place to be able to minimize the impact to our society, our people, if we are threatened by a tsunami.”

An “inundation map” clearly helps to communicate the risks to the public. It highlights the areas that will be flooded if a 100 meter wave were to strike the island. Safe zones where persons should assemble in such an event are clearly marked out.

“We have been carrying out a strong awareness campaign on tsunamis,” Mr. Samuel said. “We have been handing out flyers … we have posters that are posted all over the place.”

NEMA’s Public Relations Officer, Vesta Southwell, said that what is needed, however, is the cooperation of all persons within society to pay attention to threats and participate fully in drills. She said a test exercise held in 2017 at the C. A. Paul Southwell Industrial Park saw a number of businesses declining to participate in the mock evacuation and that town hall meetings in various communities also did not have a large turnout of residents.

“We are trying to say, before these things happen, you need to understand how you need to respond, what resources you would require to have on hand and we have that information,” said, Ms. Southwell. “However, if you don’t make yourself available to us we cannot share it and we cannot protect you.”