St. Kitts and Nevis Now Has a Minority Government

In an official letter to the Governor General, Sir Edmund Lawrence, Six (6) members of the eleven (11) member parliament wrote to his Excellency, officially informing him that they no longer support the Rt. Hon. Dr Denzil L. Douglas as Prime Minister of their beloved country.

In the letter the six parliamentarians also made it clear that they support the Motion of No Confidence which was filed against the government in early December 2012.  It was also indicated to the Governor-General that all six members intend to vote for said motion when it is brought to floor of parliament.

The parliamentarians have also indicated that they are communicating with Her Majesty the Queen, who is represented in Basseterre, by the Governor General, to provide relevant instructions to his Excellency so that he may conduct himself in a manner that is in accordance with the constitution of St. Kitts and Nevis.

This move by the parliamentarians represents a further blow to the Labour Administration which now has a minority support of only five (5) elected members.

The six are therefore calling on Prime Minister Douglas to allow the Vote of No Confidence to be brought to the parliament.

They are also urging Dr. Douglas to resign or to advise the Governor General to dissolve parliament and call fresh General Elections.

The Six Parliamentarians signing the letter were:

Below is the letter signed by all the elected Parliamentarians: 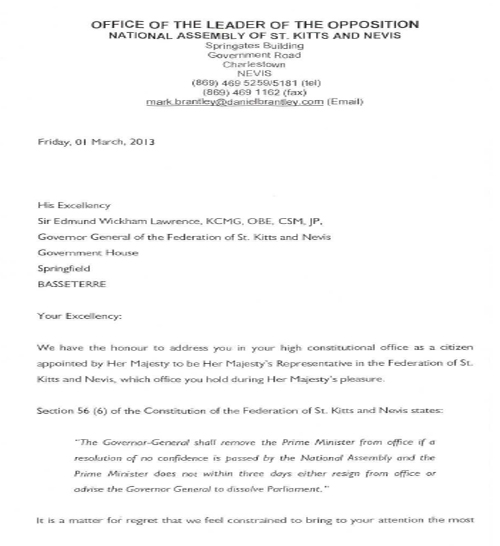 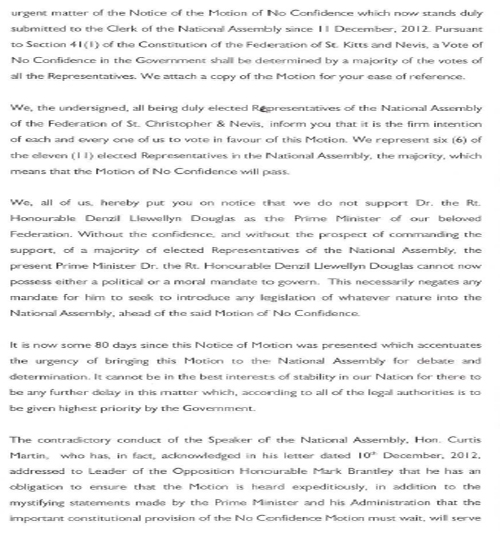 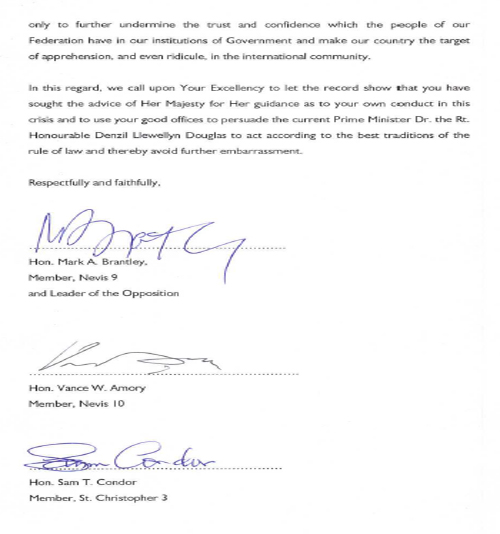 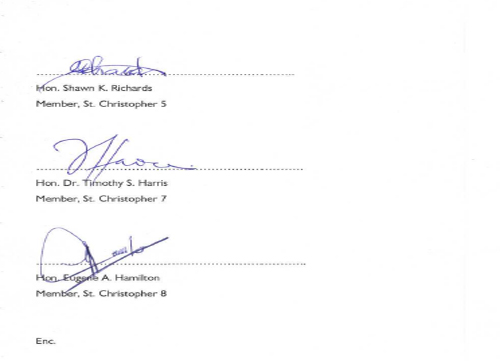 Below is a statement from the office of the Leader of the Opposition in the National Assembly: