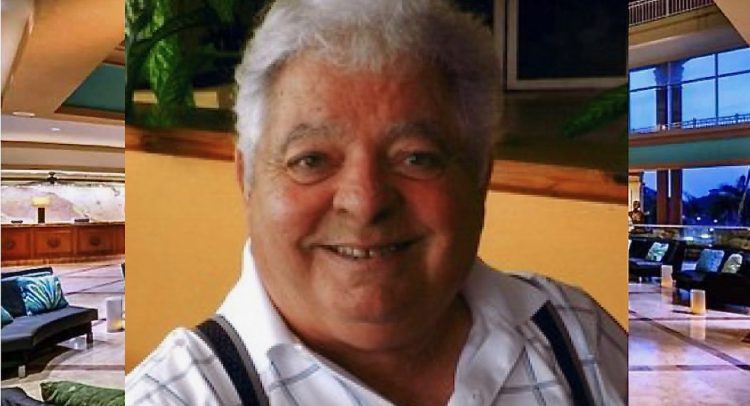 Archie, as he was affectionately called, passed away at age 77. He is survived by his son, John, who is currently president of Trans-Americainvest (St. Kitts) Limited/Royal St. Kitts Hotel.
Archie Zuliani played a pivotal role in helping to push land based tourism, by constructing the first large hotel on St. Kitts that facilitated regular international flights, mainly from North America during the 1980s.

According to a press release issued by the Prime Minister’s Press Secretary, Prime Minister Dr. Timothy Harris has extended condolences to the Zuliani family on behalf of the Government and people of St. Kitts and Nevis.

Prime Minister Harris is quoted as saying, “We have lost an investor who had a huge heart of love for our people and for our country. In good times and in bad times, Archie Zuliani remained committed to St. Kitts and Nevis.”

Zuliani was noted for his charitable contributions to the St. Christopher Children’s Home, for a scholarship fund that provided uniforms, textbooks, from first form to fifth form.

Additional information provided by the Press Secretary gives an interesting background of the Royal St. Kitts Hotel development in which Zuliani was involved.


It states, “The Royal St. Kitts Hotel, which initially opened in May 1976, as the first hotel in Frigate Bay reopened on September 10th, 1983, as Royal St. Kitts Hotel & Casino under the ownership of Trans-Americainvest (St. Kitts) Limited, gave St. Kitts its very first major hotel by adding nearly 200 rooms to the original 100 rooms.”

In 1985, the Royal St. Kitts Hotel & Casino was leased to Jack Tar Village, a Dallas Based hotel chain.

The press release states, “Less than one year after re-opening, the Royal St. Kitts Hotel & Casino won the Most Creative Business Award at the St. Kitts Tourism Authority’s 2008-2009 Tourism Awards.  It was around that time that Mr. Zuliani conceptualized a cutting-edge ownership program called Vacation for Life, which falls under Citizenship-by-Investment.”

It continued, “The Royal St. Kitts Hotel currently employs over 100 people and in November will see the opening of the Royal Plaza, which further demonstrates the Zulianis’ commitment to the Federation’s tourism industry.”

‘We are not turning back!’ - PAM leader