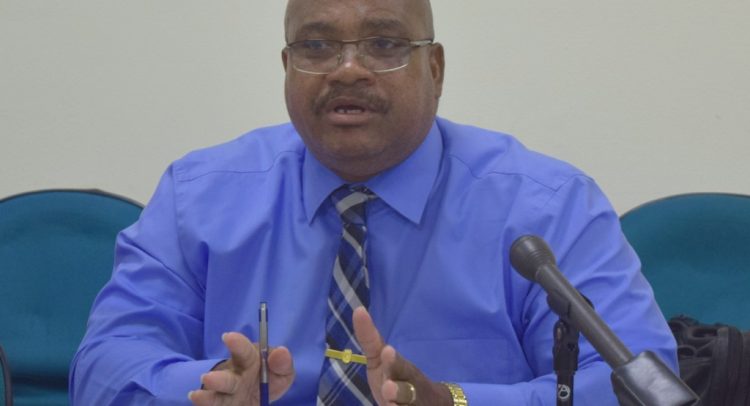 Basseterre, St. Kitts, August 01, 2019 (SKNIS): The Ministry of Labour in St. Kitts and Nevis is working closely with Canadian officials and other stakeholders to ensure that the benefits of the Canada/Caribbean Seasonal Agricultural Workers Programme (CCSAWP) can be extended to female nationals.

The possibility of having women from the twin-island Federation participate for the first time was explored during a July 12 to 23, 2019 mission trip to Canada headed by Senior Minister and Minister of Labour, Honourable Vance Amory. The team also included Permanent Secretary in the Ministry of Labour Ron Dublin-Collins, and Shermel Cumberbatch of the Department of Labour.

Permanent Secretary Dublin-Collins noted that the government has been working assiduously to “expand our involvement in the programme and to find increased opportunities” that will enhance the livelihoods for interested Kittitians and Nevisians.

“One of the things we have been advised by the department is that there are a number of females who are now interested in the programme and we have been able to have discussions with government officials in Canada [and] with farmers to look to see how we can facilitate that,” he stated. “We believe that in the near future, maybe sooner than we realize, we would be able to accommodate females in the programme.”

There are females from other countries in the CCSAWP.

The mission team from St. Kitts and Nevis also strengthened relations with the Eastern Caribbean Liaison Service (ECLS) based in Toronto. According to the website www.oecs.org, the ECLS is a Unit of the Organization of Eastern Caribbean States (OECS) Commission established to administer OECS member states’ interest in the CCSAWP. The ECLS fosters good working relationships with both employers and workers to ensure workers’ interest are protected and that they are treated fairly at all times.

Several nationals are currently in Canada working on farms while 21 males are preparing to depart St. Kitts and Nevis for a two-year stint in the worker programme. An orientation was held on Wednesday (July 31) for the men. They explored the expectations of the job and heard about the experiences of past farmworkers.

The permanent secretary assured the group: “We have examined the policies, the labour standards and laws that exist to facilitate your employment while in Canada and the ministry is satisfied that the necessary action is being taken to ensure that you are protected, you are in an area where you can be provided with the necessary support and your rights are definitely supported.”