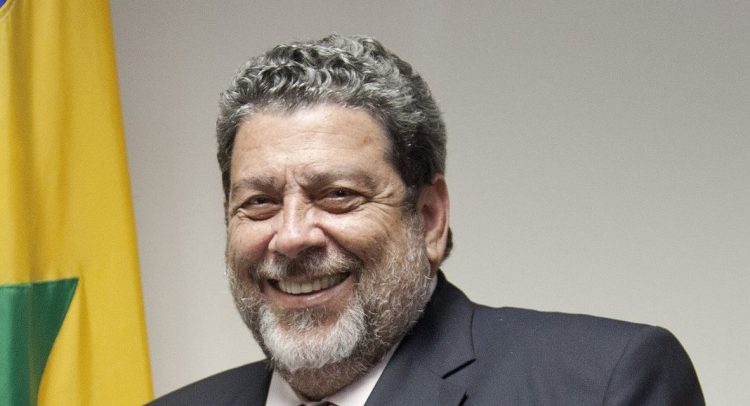 “I want to see Japan not just as having an ordinary relationship with Caricom. I want them to see it is in their strategic interest to be very much involved in the Caricom countries,” Gonsalves told a news conference following his visit to the Asian country earlier this month.

Gonsalves told reporters that during his bilateral discussions with Japanese Prime Minister, Shinzō Abe, “we identified a number of areas within the strategic fray which dovetail with Japan” He said these include the question of climate change, “which is part and parcel of sustainable development, people to people exchanges, and in that regard Prime Minister Abe agreed with the proposal that I put to him”.

Gonsalves said that within the strategic proposal, there was a necessity for a ‘special carve out for St Vincent and the Grenadines.

“So we are putting our case within a regional context but yet having a bilateral emphasis. After all I am the Prime Minister of St Vincent and the Grenadines,” he said, adding that “during his presentation he had been careful “not to overload it”.

Gonsalves said he believes the “strategic proposal” put forward to his Japanese counterpart had been well received adding “I think that we are on a footing with Japan which is a much stronger one than when we went and I think we are going to see in the changing world Japan playing an important and an even more important role than they are playing in the Caribbean.

“This is an area where historically, the British, the Canadians, Europeans, the North Americans have been very engaged and they still are. But you know Europe has its own set of challenges with Brexit and other related matters.

“Canada has its own set of concerns. We see the foreign policy emphasis by the United States of America. So in that context you have to put on the table, a country of the size, the economic importance of Japan for an even more profound involvement in our area,” Gonsalves said.

The prime minister said that following his talks in Tokyo, a mission will visit St Vincent and the Grenadines “pretty shortly” for discussions with local government technocrats in relation to the various projects including trade, climate change, geothermal energy, fisheries, investment, education and technology.