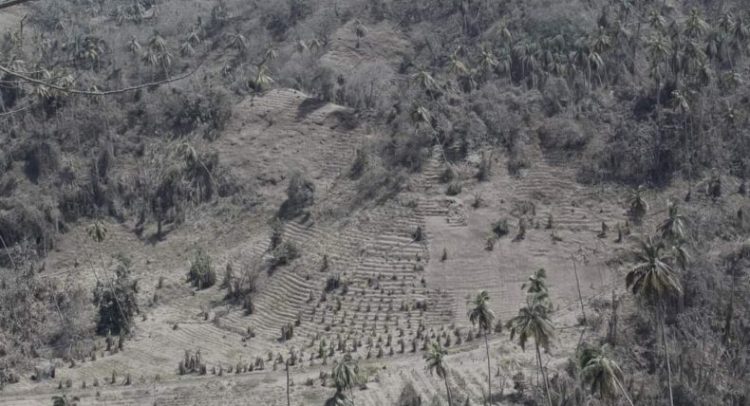 St Vincent Volcano: 100% of vegetable crops and 60% of arrowroot lost

The Caribbean Agriculture Research Development Institute (CARDI) says St Vincent and the Grenadines’ agriculture sector has been hard hit by the eruptions of the La Soufrière volcano.

CARDI-Caribbean is part of the Regional Response Mechanism, coordinated by CDEMA

conducting a Detailed Damage Sector Assessment of the agriculture sector.

Other partners include the Ministry of Agriculture, Food and Agriculture Organization of the United Nations (FAO) and IICA

Initial assessments reveal almost total damage to agriculture in the Red Zone, disrupting the livelihoods of many farm families.

Preliminary assessments reveal that in the Red Zone, 100% of vegetable crops and 60% of the arrowroot have been lost.

The weight of the heavy ashfall has caused the leaves and branches of many tree crops to snap.

Approximately 90% of the tree crops and 80% root crops are also reported damaged in the Red Zone.

Severe infrastructural damage has also been reported to feeder roads, farmers’ homes and the Tissue Culture Laboratory in Orange Hill.