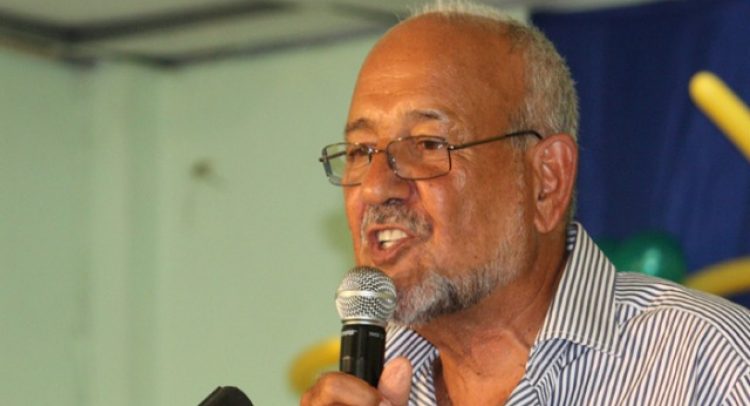 Mitchell led St. Vincent, as Prime Minister, from 1984-2000. During his time, he served with other distinguished Prime Ministers including, Dr. Sir Kennedy Simmonds of St. Kitts & Nevis, with whom he had developed a close relationship.

Simmonds, who is a National Hero of his country, is now the only remaining former Caribbean leader of the Twentieth Century.

Sir James was reported to be ill with dengue and other complications and had been hospitalized in the ICU Unit for a few weeks, at the Queen Elizabeth Hospital in Barbados.

Mitchell started his political career in the 1960s, when he won his first seat in parliament in 1966, as a member of the St. Vincent Labour Party.

He also had the opportunity to represent his country as its second Premier, serving from 1972-1974, after doing a stint as Minister of Agriculture, from 1967-1972.

However, in 1975, Mitchell eventually went his separate ways from the Labour Party, which today is headed by current Prime Minister, Dr. Ralph Gonsalves.

He formed the New Democratic Party, which is currently the opposition party in the country and headed by Dr. Godwin Friday.