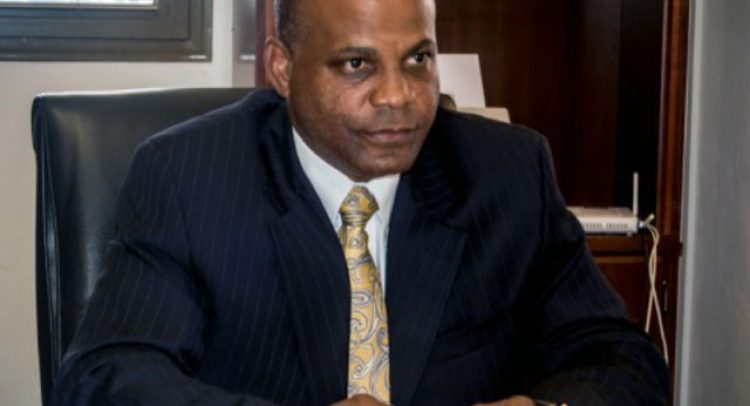 About two months ago, I was involved in an exchange of words with members of the Royal St Christopher and Nevis Police Force. The exchange was videotaped by one of the very officers involved and sent viral across the internet.

Since then, there has been much discussion on this incident in the public domain.

I am also aware that considerable political pressure is being exerted on the relevant authorities to charge me with some offence.

I am equally aware that the name of my Party Leader, the Hon Shawn Richards, was included in police reports on the incident, even though the Honourable gentleman had nothing to do with the matter and was not even present when it occurred.

My information has led me to the inescapable conclusion that elements within the same Government, in which I serve, are hard at work, to not only orchestrate charges against me but perhaps to achieve some narrow political gain by seeking to wrongfully implicate others.

I wish to make it clear that I am confident that I committed no breach of the law and I, and my many witnesses, stand ready and willing to defend myself, if and when any formal charges are leveled against me.

But, I have been waiting for 2 long months, to allow the legal process to take its course, and to date, I am not aware of what is happening. However, throughout this period, I have said nothing publicly on this matter.

Brothers and sisters, fellow-citizens, I believe I have waited long enough.

I am therefore calling on the authorities, either to charge me and allow me to have my day in Court or to exonerate me.

I am well aware of the political climate in which we find ourselves today and I am also mindful of the Machiavellian efforts of a misguided few, who for personal power and self-aggrandizement, continue to destroy the fabric of Unity that we all fought so hard to weave.

Notwithstanding the political overtones,  let me be pellucid, I have the utmost respect for the rule of law, the maintenance of law and order, and also the men and women in uniform who protect us every day. Our Police and security forces have always had and will continue to have my fullest support.

However, I accept that the exchange with the police officers during the incident was unfortunate. I accept that I am to be held, and quite properly so, to a higher standard of behaviour than others, due to my position. I accept that my constituents and the people of my beloved country expect only the best behaviour privately and publicly, from their elected representatives.

While I have waited for two months, and while I am ready, willing, and able to defend myself, I believe that the incident should never have happened and for that, I apologize publicly and unreservedly.

I state to my beloved constituents in Constituency Number 4, and to the people who have reposed their trust and confidence in me, that their support is well placed.

I have served you and will continue to serve you, to the very best of my ability, in good and bad times.

This matter has been long overdue and it is high time that it be resolved and that the political machinations behind it, be brought to an end.

I remain resolute that whatever actions are taken by the relevant authorities, I am confident of my name being cleared of any legal wrongdoing. Of that I am certain and to that, I am committed.

In the meantime, I continue to focus unrelentingly on the purpose for which I was elected.

I pledge my unwavering commitment to my constituents and my country.

May God continue to bless you and to bless our beloved St Kitts and Nevis.